A Fresh Look at the Crossbow Vs. Compound Debate

Crossbows are deadlier than vertical bows—but you can learn to like them both. 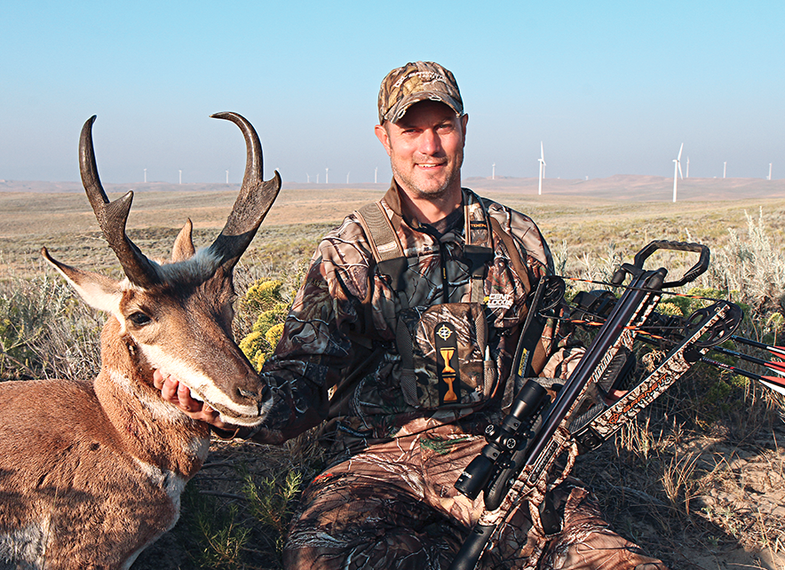 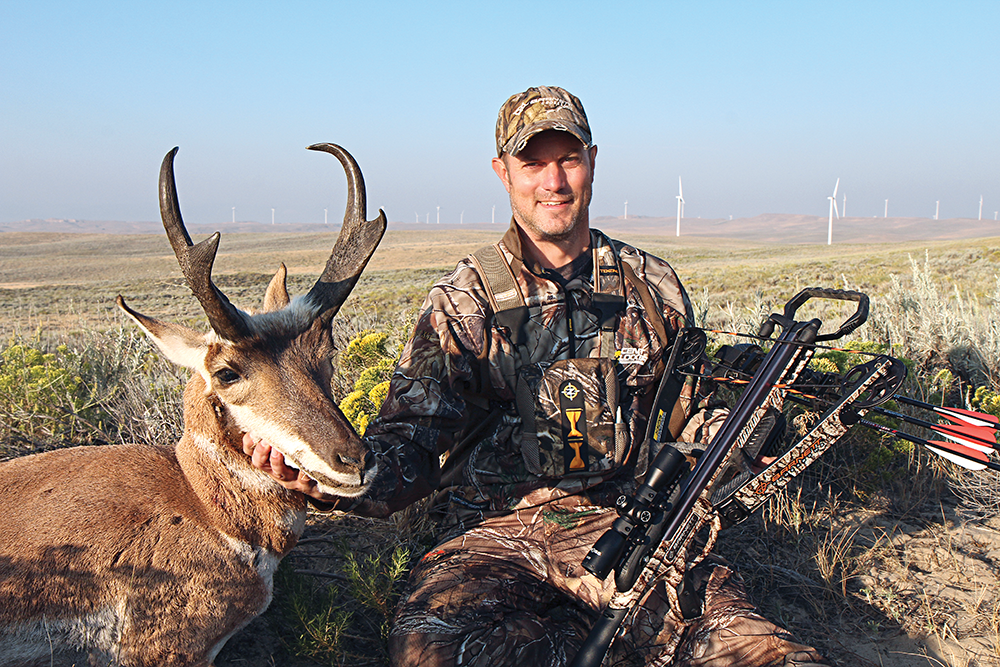 Tagged Out: Aaron McCaleb fills his permit with a nice Wyoming pronghorn.

We had two hours before dark on the eve of Wyoming’s archery antelope opener—plenty of time to check the zero on the new crossbows that were supposed to be waiting for us at camp. They were there all right, but still in their factory packaging and not assembled as we’d expected. After a frenzy of hex-wrench and Leatherman work, we finished putting them together and mounting scopes with 30 minutes of daylight to spare. No problem. In 10 minutes I had my bow—a Barnett Razr Ice—hitting bull’s-eyes with broadheads at 60 yards.

The next day, when a big pronghorn buck stopped for a drink at the water hole I was watching, I drilled him through the heart at 40 yards. Everyone else in camp killed a buck that day, too.

Had we arrived to find new-in-box vertical bows, we would’ve spent opening morning over a bow press, tinkering with draw lengths and tying in peep sights instead of hunting.

For way too long now, hunters have been debating crossbow vs compound bow in which is the deadlier hunting tool. The truth is that for anyone who’s actually hunted much with both, the debate is over. It’s the crossbow, hands down. Yet for newcomers researching crossbows, especially online, the b.s. still runs deep.

Some of it comes from crossbow manufacturers, of all places, who routinely downplay their product’s effectiveness because they want inclusion during archery seasons. But they’re not the only ones: Many hunters and outdoor communicators still claim that crossbow hunting is just as challenging as hunting with a vertical bow. Others even insist that short crossbow bolts lose too much energy downrange for humane kills—and that they aren’t as accurate as vertical bows anyway.

Like I said, it’s good and deep out there. Let’s shovel some of the b.s. out of the way and address two indisputable truths, so we can move forward on this topic.

Crossbow Truth No. 1: They Are Deadlier, Period

F&S field editor Scott Bestul, deputy editor Dave Hurteau, and I recently tested all the newest flagship crossbows and compounds. On average, the crossbows shot a 400-grain bolt at 385 fps. Several of them broke 400 fps with even heavier bolts.

By comparison, the field of new flagship compounds (all of them set at 28 inches and 60 pounds) shot a 364-grain test arrow at 289 fps on average. Even if you were to crank the draw weight up to 70 pounds to achieve a roughly 300-fps average, the typical crossbow bolt would still carry 45 percent more kinetic energy and 29 percent more momentum than the average compound arrow. That’s huge—and there’s just no arguing with those numbers.

Crossbow Truth No. 2: They Are Easier to Shoot Accurately

You don’t need any of that with a crossbow. If you can wield a scoped .22 rifle, you can put a scoped crossbow on a rest and shoot groups tight enough to bust bolts at 40 yards your very first time on the range. I’ve seen it time and again.

Speaking of scopes, they’re another major crossbow advantage. Most crossbow optics have a graduated reticle with aiming points for multiple distances, and a power ring that adjusts the distances between those points for various crossbow speeds. Once you get everything dialed in, all you have to do is range the target, put the appropriate dot on it, squeeze the trigger, and fully expect to hit where you want, even at longer ranges. That’s why my personal effective hunting range with a crossbow is at least 20 yards farther than it is with a compound. Every bowhunter I know who has used both tools and is being honest will tell you the same thing, or very nearly so.

When it comes to making precise shots, especially at longer ranges, there is just no comparison between a vertical bow and a crossbow. It’s apples to oranges.

Over the years, I have tested crossbows from every major manufacturer and used them to kill whitetails, turkeys, antelope, alligators, and more. Yes, they are noisier than vertical bows, slower on a second shot, and generally a pain to carry around. But when it comes to dropping game, their advantages easily offset all of that. A modern crossbow is still not as deadly as an in-line muzzleloader, but I’d choose one over an open-sighted percussion rifle any day.

Bowhunting purists—the Pope and Young Club among them—have argued for years that crossbows make things too easy, and therefore shouldn’t be included in general archery seasons. Whether you agree or disagree, they make a legitimate point. But it’s a moot point. Forty-eight states now allow crossbows in part or all of bow season. They’re here to stay.

The real question is, how are crossbows affecting bowhunting? Numbers from some of the latest states to permit their use suggest that while crossbows haven’t increased overall hunting participation, they have, just as the purists feared, significantly increased the number of hunters in the woods during bow season—and those hunters are killing more deer than ever.

Yet, the data also shows that crossbows have helped retain older bowhunters who might otherwise have given it up: guys like my father-in-law, who, due to eye problems, has trouble making out the pins on a compound sight, but who can see the reticle in a crossbow scope just fine. And crossbows help recruit new women and youth archers. Just last season, I took a kid deer hunting who wasn’t quite ready to wield a compound but could handle my crossbow with ease.

No solution is perfect. But while non­inclusion locks out women, kids, older hunters, and anyone else who—for whatever reason—can’t or doesn’t want to use a compound, inclusion retains and recruits them. Whether crossbows are deadlier or not, that is a no-brainer.

What’s more, a few states, including my home state of Kentucky, have a nearly perfect season structure. Here, crossbow hunters get several weeks’ more opportunity than gun hunters, but ­vertical-​bow hunters still get the best weeks of archery season—September and the rut—to themselves. To me, the pinnacle thrill of bowhunting happens when I’m getting ready to draw on an animal at close range. When you lose that, it’s not quite bowhunting anymore.

On the other hand, I’ve come to love the confidence that comes with picking up my crossbow once the season allows it. By then, I’ve had my time to bowhunt—and can keep bowhunting if I want to. But if I need backstrap for a country-fried breakfast, my crossbow is a nice option. Bottom line, I’ve managed to enjoy hunting with both tools the past few years without any problems—and I bet you can, too.

Take advantage of a crossbow’s power by using a broadhead that cuts a big hole. On my antelope hunt, I shot a Grave Digger Chisel Tip ($35), which combines a 1-inch fixed blade with a pair of swing-open 13⁄4-inch mechanical blades. With a slightly quartering-away shot, it broke the animal’s off shoulder, left a hole the size of a baseball on both sides, and disappeared somewhere out on the prairie. I was impressed. —W.B.