9-year-old Barnaby Domigan recently found a large nightcrawler in his backyard. His mom called it "the stuff of nightmares" 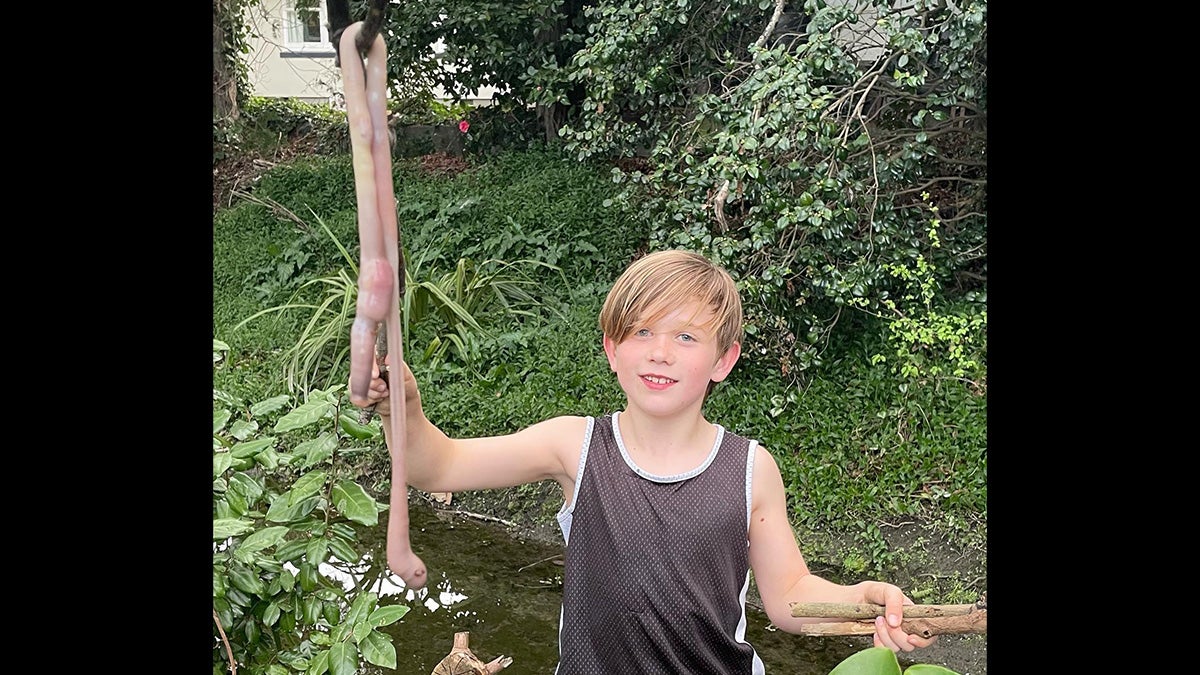 There have been some impressive fish caught this summer, from a 10-foot white sturgeon to a 30-pound rainbow trout. Well, this epic “catch” would also be the bait of all baits: A 3-foot earthworm in his backyard.

“I grabbed it with a stick,” Barnaby Domigan, age 9, of New Zealand told Stuff. “I thought wow, what an amazing discovery. I thought it was massive and amazing and a little bit disgusting.” Barnaby found the 3-foot-long worm while playing in his family’s garden after school. There’s water running through their property near Christchurch, the largest South Island city in New Zealand.

“We’ve got a bit of an abandoned riverbed on the edge of our property,” Barnaby’s mom, Jo, told the NZ Herald. “That’s where he was digging around and stumbled upon, in the water, this giant disgusting worm. I just, you know, wanted to be sick in my mouth.”

Worms are common in New Zealand’s forested areas—but not ones of such massive size. The boy’s mom thought the “ginormous” nightcrawler was “the stuff of nightmares.” Earthworms are known as soil enhancers, meaning they decompose what’s in the ground and recycle nutrients. This improves soil health according to USDA Natural Resources Conservation Service.  More than 7,000 types of earthworms exist worldwide. They range in length from a few inches to a few feet. In New Zealand, where Barnaby found the massive nightcrawler, there are 171 species of native earthworms.

“There are some very large native earthworms known here,” University of Lincoln entomology research collection curator John Marris told Stuff. He wasn’t able to identify the species of Barnaby’s worm. “A [3-footer] isn’t beyond the border of reason.”

Barnaby named his find “Dead Fred,” but didn’t confirm that it was actually dead. He released it back into the water where he found it. He’s since checked the release site but hasn’t seen the worm again. “I tried to convince my dad to keep it in a plastic bag,” Barnaby told CNN. “But he wasn’t really in on that idea.”