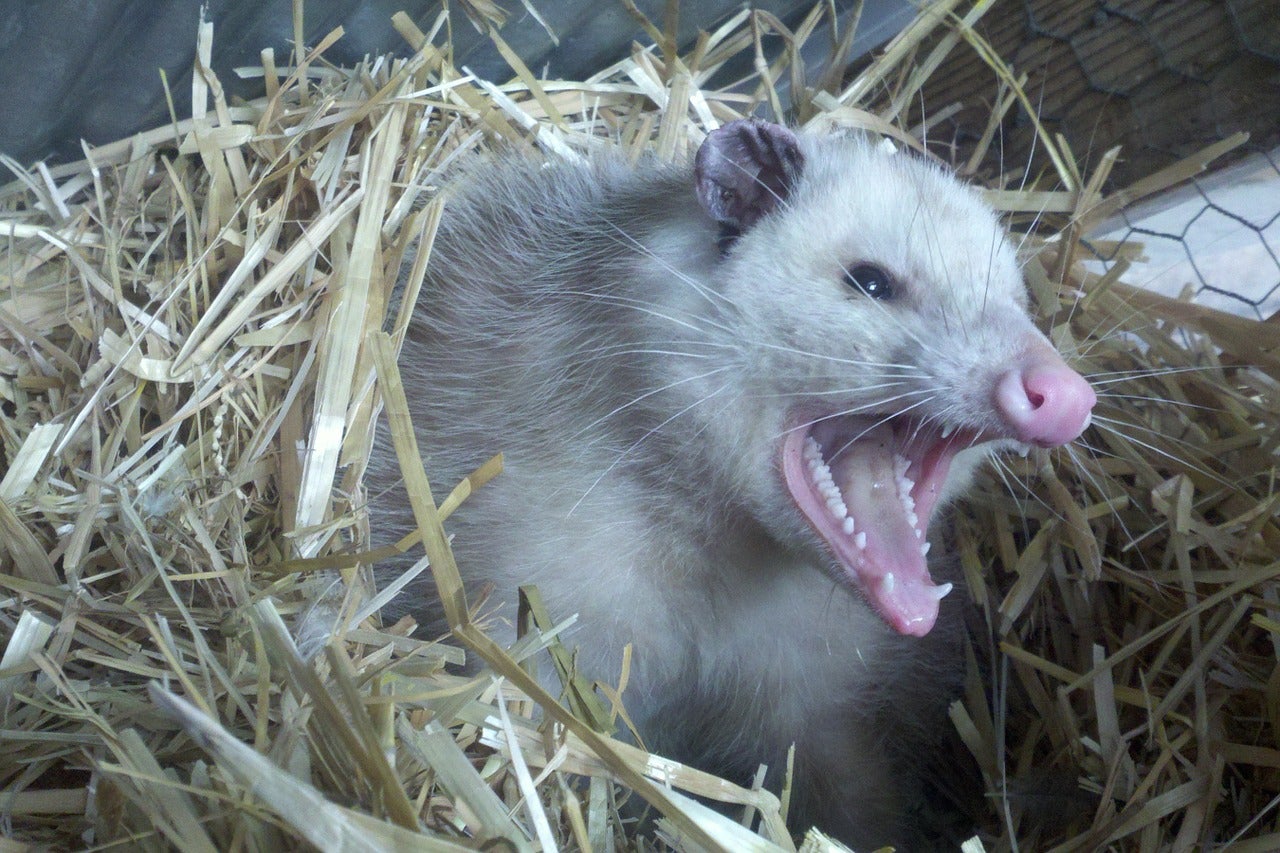 Possums may not be the tick-eradicators as once was thought. royguisinger via Pixabay
SHARE

Opossums have come to be seen as something of a savior species when it comes to eradicating ticks. From websites to publications to social media, the idea that opossums help save humans from tick-borne ailments is all over the place.

“One of the best things about [opossums] though, they eat ticks…which helps cut back on Lyme Disease in the environment,” according to a video on pbs.org. Or, “opossums act like little vacuum cleaners when it comes to ticks—with a single opossum hoovering up and killing an estimated 5,000 ticks in a season,” says the National Wildlife Federation.

The claims are pretty impressive, but are they true?

According to Dr. Bret Collier, associate professor of wildlife ecology at Louisiana State University’s School of Renewable Natural Resources, “No, not at all, period. Ticks are not, in any manner, selected for by Virginia opossums.” He cites a 2021 peer-reviewed paper called “Are Virginia opossums really ecological traps for ticks? Groundtruthing laboratory operations,”  by Dr. Cecilia Hennessy and Kaitlyn Hild of Eureka College’s Division of Science and Mathematics.

Origins Of The Opossum-Eating-Ticks Theory

The assertions related to the tick-destroying powers of opossums mostly trace back to an August 2009 published study in the Proceedings of the Royal Society B journal, called “Hosts as ecological traps for the vector of Lyme disease.”

In that study, researchers in New York placed six captured species of small mammals and birds (white-footed mice, chipmunks, gray squirrels, opossums, catbirds, and veeries) into cages and then “inoculated” them on their heads and necks with 100 larval ticks. For the next four days—the amount of time deemed sufficient in the study for a tick to gorge and drop off a host—researchers counted the number of ticks that fell from the cages into a collection pan. Any ticks not accounted for directly were assumed to have been consumed or destroyed as the animals groomed themselves.

Squirrels and the half-dozen opossums in the study seemed to rid themselves of the most ticks, allegedly killing 83 to 96.5 percent of the ticks, with the opossums on the higher end of the scale. From these numbers, people extrapolated that opossums can eat up to 5,500 ticks each season, making them an “ecological trap” for ticks and a “net reducer” of the parasites.

The Evidence Against Opossums Eating Ticks

According to Collier, the 2009 study looked at captive opossums, while Hennessy and Hild’s later work focused on wild ones. “[Hennessy and Hild’s] paper reviewed all the science—23 papers in all—on opossum foraging, stomach contents, and scat,” says Collier.

In the 2021 study, Hennessy and Hild used a dissecting microscope to look for ticks or tick body parts in the stomachs of 32 Virginia opossums from central Illinois. They found absolutely no evidence of ticks and concluded that ticks are not a preferred diet item for opossums.

Hennessy and Hild point out that the 2009 researchers assumed animal grooming behavior must have occurred in the lab because the larval ticks were not collected in the cage set-up. They questioned, though, whether four days was a long enough time for the larval ticks to feed and drop off, noting that things such as the room’s temperature and the animals’ body temperature can affect the duration of tick feeding.

According to Hennessey and Hild, the 2009 researchers didn’t check the opossums for ticks before releasing them from captivity, having assumed that any tick still alive would have fed and dropped to the holding tray beneath the animals. “It is possible that ticks could have still been embedded and feeding on the opossums upon release,” the report says.

“This body of memes turned out to be an extremely successful advocacy campaign for the opossum; allowing the oft-maligned scavenger to achieve cult status as a biocontrol for ticks,” the report concludes. “Unfortunately, these purported benefits are not supported by our findings or by previous diet analyses,” adding that it’s still possible to appreciate opossums—even if they’re not the little tick vacuum cleaners they were cracked up to be.