The So-Called “Killing Power” of Your Favorite Rifle Cartridge Is Total B.S.

You may have been told that certain cartridges drop game faster, but in six decades of hunting, our rifles editor has not seen the evidence 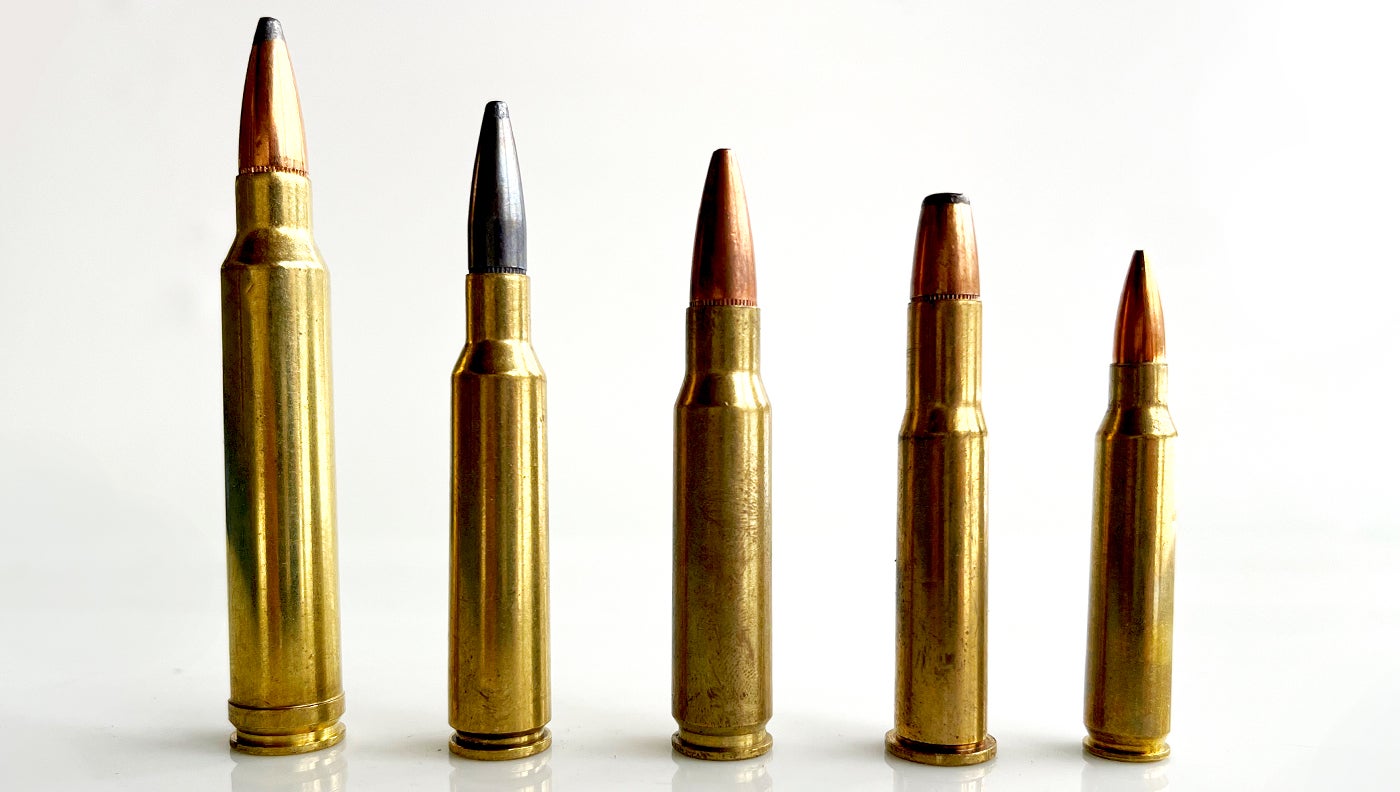 As a kid, I read far too much writing about guns and took far too much of it seriously. One of the staples of all this verbiage was “killing power,” having to do with assigning mystical numeric values to cartridges’ alleged ability to put game on the ground quickly. These numbers were concocted by calculations involving bullet weight, velocity, muzzle energy, whether Jupiter aligned with Mars, and when low tide occurred in the Bay of Fundy. The only sillier thing I’ve seen is the PSR (Personal Survival Rating) number assigned to contestants on Naked and Afraid. (If the show assigned a PBNADW number—Psychological Problems Not Adequately Dealt With—I’d buy that.)

There are a couple of key elements left out of every killing-power formula I’ve ever seen. The most important of these is shooter ability. People who can really shoot can take just about any cartridge and make it produce. People who don’t work at shooting, who are prone to flinching or panic, can’t make anything work for them. Thus, you can take a .338, which is the most effective cartridge I’ve ever used, and give it to someone who’s afraid of it because it kicks, and the cartridge has hardly any killing power. A miss is a miss, and a bullet in the guts is a bullet in the guts.

Related: The Hottest New Rifle and Shotgun Ammo for 2023

The second missing element in killing power calculations is bullet performance, which I’ve never seen factored in anywhere. I began hunting seriously in 1968, which gave me about 30 years of The Era of Rotten Bullets, and so I saw plenty of bullet failures—all calibers, all weights, all types. If your bullet doesn’t perform, you’re left with hardly any killing power at all.

Failure to hang together is worse than failure to expand, and this fault reached its nadir in 1987 when Winchester came out with a version of the Silvertip that would disintegrate if it encountered a heavily constructed puff of thistledown. That Silvertip was so awful that it sent a chill through bullet makers everywhere. The company went through an agonizing reappraisal, and not only started making much better bullets, but also began realistic testing.

I’d like to say our bullet troubles are over, but I fear that the current long-range craze is going to send a lot of people hunting with high B.C. bullets that are streamlined to a fault and therefore structurally weak. Right now, streamlining and structural strength are incompatible. Somewhere, there may be a bullet with a BC of .600 that is great on big, tough game, but I don’t know about it.

The rule in hunting is that anything can happen, and will, no matter what kind of killing power you’re packing, and you should accept that and be ready for it. This explains how, in 1987, I drowned a bull hippo in the Luangua River in Zambia. We had gotten a request over the shortwave radio that a previous client’s hippo skull had been lost or stolen en route to the taxidermist and would I please shoot a replacement? And so PH Abie Du Plooy and I walked the banks of the Luangua, which is Hippo Central, until we found an attractive bull sound asleep with his muzzle right at water’s edge, dreaming of biting crocs in half, or lady hippos, or whatever bull hippos dream about.

The rifle I had with me was a .458, loaded with 510-grain Trophy Bonded soft noses, which expanded to a truly immense diameter if they hit something soft. However, I shot where I was supposed to, right below the ear, where the skull is more like a safe than anything else, and the bullet penetrated perhaps ½-inch, so little that I was able to pluck the slug free with my fingers. The blunt force trauma must have been incredible, and the hippo was out for the count. His head slid forward until his nostrils went underwater, and he drowned. (The bullet, by the way, expanded to its usual colossal diameter.) How do you factor drowning into killing power? I don’t know.

Or, take my odd experience with the .300 Weatherby Magnum, which has been around since 1944, has been used all over the world, on everything, and whose so-called killing power is never questioned. In my case, it has either killed like lightning, or the critters that were struck by it ignored the proceedings and eventually keeled over only after multiple fatal hits. What do you make of that? I have no clue.

The Facts About So-Called Killing Power

Having seen a good many animals meet their maker, and having sent a great many on that journey myself, here are a few things I can tell you on the subject:

1. Bullet placement is everything.

If you have to choose between a tough bullet that is certain to hold together and a mushy one that expands quickly and may give you a fast kill, always go with the tough slug. It will penetrate and do its job, and you may have to track, but so what? That’s part of hunting. The squishy slug may give you—not to mention the poor animal—a horror show.

If you would like to see a PH smile, when he asks you what kind of bullets you’re shooting, tell him Swift A-Frames. They are, so far as I have seen, infallible. In Africa the universal policy on safari is, if you hit it, you pay for it, no matter if you recover it or not, and a search for a wounded trophy can take days, which makes for a less than wonderful hunt. I was along on a search for a wounded eland that was unsuccessful and lasted a day and a half, and I once saw a helicopter brought in to search for a wounded roan, which is a rare and extremely expensive animal. Hiring the chopper (which found it) was less painful than paying thousands of dollars for a lost animal.

3. Some species are tougher than others.

This is the only way I can explain things I’ve witnessed over and over. Elk can soak up more punishment than anything I’ve seen in North America and keep going. In Africa, three of the four big antelope—eland, roan, and sable—are tough, but the fourth, kudu, are not. The legendary toughness of Cape buffalo is fact.

4. Forget the nonsense about one-shot kills.

If you’ve hit it, and it’s weaving on its feet, shoot again. If it starts to run off and falters and gives you a chance to shoot, shoot again. If it’s dangerous and appears to be dead, shoot again. I’ve known people who refused to shoot a second time so they could claim a one-shot kill, and prolonged the animal’s suffering thereby. They belong in hell with their backs broken.

5. If Experience Leads You to Trust a Cartridge, Stick With It

Trust bings confidence, and confidence improves shooter performance. The one cartridge I’ve come to trust more than any other is the .338 (and, by extension, the .340 Weatherby and the .338 Remington Ultra Mag). I’ve never seen anything that could stand up to it, either here or in Africa. It’s not a countermeasure against poor shooting, but when used with the proper bullets (250-grain, Nosler Partitions or Swift A-Frames), I’ve never seen anything go more than 100 yards with a good hit. In New Zealand, I met a hunter who used a .340 Weatherby in Africa, and as the safari progressed the trackers called his gun Boomplop, boom for the sound of the rifle going off, and plop for the sound of the animal hitting the ground violently. That said, no matter what you are packing (.338 included), you will be much better served if you take the time you spend reading about killing power and use it at the range, working on your marksmanship.