Q&A: Westley Richards’ L.D. McCaa on Why Dangerous Game Guns Are So Cool

McCaa, the U.S. Director for Westley Richards, has been selling guns all of his life. He is an authority on vintage British hunting guns 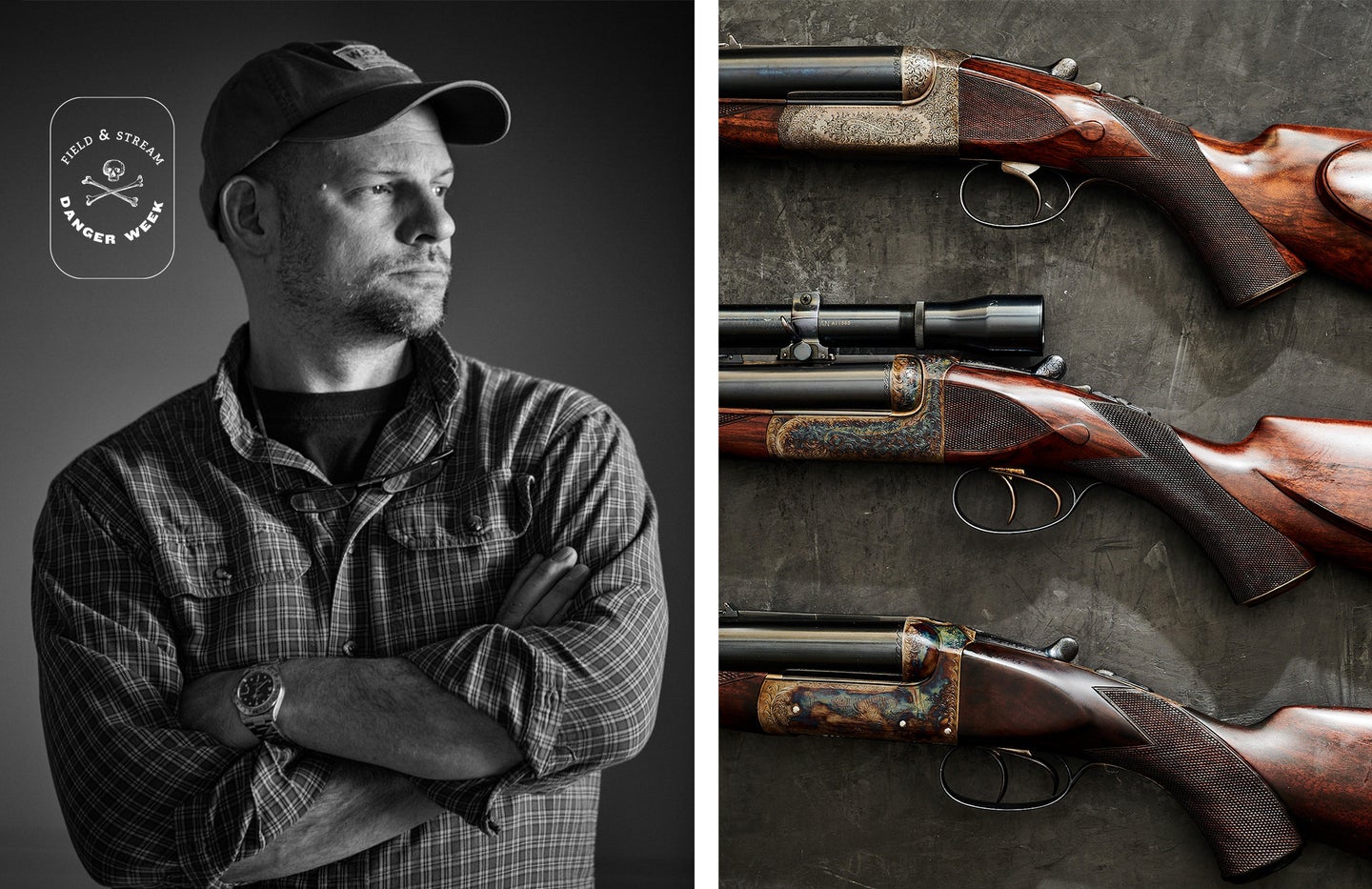 Anyone who’s read classic books about going on a safari or vintage F&S stories on the subject, dreams of owning a Best-Quality dangerous game gun. They are guns designed to deliver fast, powerful shots without fail, no matter the conditions. Today, makers all over the world build big-bores, but few do it with the style of a classic British double or magazine rifle. To capture that for our latest digital edition, the Danger Issue, we went to Westley Richard’s & Co.’s U.S. Agency in Gulf Breeze, Florida. There, director L.D. McCaa assembled an impressive battery of handmade British guns from the early to mid 20th century.

Westley Richards is one of a handful of great British gun makers. They outfitted the likes of Ernest Hemingway and Robert Ruark, and McCaa carries on that tradition today, equipping clients for hunting adventures around the globe. If you’re in the market for a new handmade rifle or shotgun, he’s the man to talk to on this side of the Atlantic. McCaa comes from a family of gun dealers and has been involved in the trade all of his life. He has an eye for guns that are not only visually stunning but also have a story to tell. He has spent years researching, shooting, and selling some of the finest hunting guns in the world.

What first piqued your interest in classic dangerous game guns?

I’ve always been enamored by the quality and, of course, the romance and history behind them. I was very fortunate to get exposed to safaris early on. If you get to go on a safari, you inevitably start reading some of the old classics. One of the first books I read was Use Enough Gun by Ruark. He shot a Westley Richards. His guide, Harry Selby, shot a Rigby. I think the guns that these hunter shot is a big part of all of the lore.

It seems like a lot of gun collectors focus on shotguns, at least when it comes to fine guns. Is the dangerous game gun collector a particular kind of person?

Shotguns are a little more universal, and there are probably a greater number of people who like them. But any collector worth their salt usually migrates into fine rifles. The bolt-action phenomenon is something that we’ve really seen grow in the last five or six years to, not necessarily its peak, but as high as it’s ever been. But double rifles are always more expensive than shotguns because they’re much more difficult to make.

So what makes a double rifle hard to make?

To take two barrels side by side and shoot to the same point of aim, or regulate them, is very difficult. Eventually, the bullets shots from those barrels are going to cross. What a regulator will do is solder the barrels together, shoot them, and then break that solder, adjust them, and then solder them again. Whether it’s a .375 Belted Magnum or a .600, the regulator tries to do it in 60 rounds. Can you imagine sitting at the bench and shooting 60 rounds on a .600 in even a week’s time? That’s just the only way to do it.

A hundred years ago, there were a lot of British makers. What are some of the ways they used to compete with each other?

They all tried to differentiate themselves with either cartridges or with some way to make the gun easier to shoot. Everyone had their own unique sight, sight protector, shape of a gun, shape of a stock, etc. In reality, you can’t really say one maker was better than the other, but they all offered unique pieces that really kind of define each company—like Purdey’s Self Opener, Holland’s Royal, Westley’s Droplock, or Rigby’s Rising Bite.

Are the Westleys that are being made today any different than they were in the early 20th century?

What’s different today is the process in which we make them and the materials that we use, but they’re still the same gun. Metallurgy is also better than it was a hundred years ago.

So what’s a Best-Quality gun? Is it just because of decoration or is it something else?

There’s a big gap between the prices of fine British guns and those that a lot of people hunt with. Why do they cost so much, and what are buyers hoping to get out of them?

The reason the guns are so expensive is because it’s terribly inefficient to have someone make a gun by hand rather than with a machine. Now, there are compromises. A machine-made gun can’t be made to the same level with the same nuances that a Best Quality handmade gun can. Does the handmade gun do one or another thing better than the machine-made gun? Not necessarily, but does a Ferrari do anything that a Ford doesn’t? They both go from point A to point B. They just do it in different ways. And that’s what a Best Quality gun is. People buy them for pride of ownership, and people buy them for the same reason they buy expensive watches and expensive cars. There comes a point where you just aspire to have the best in a category.

So what’s the Westley Richards gun that you’d buy tomorrow if you could?

If I’m bird hunting, it would be a vintage 20-gauge Droplock, which is really rare. It would just be awesome to have. A Westley Richards rifle in .318 is also a classic. Karamojo Bell shot a .318 almost as much as he shot a .275. And those guns are quite cool.

In the story, we talk a bit about how these companies innovated to push sporting-gun technology to new heights. Have any of the things they invented worked their way into modern guns today?

Yes, very much. One example: The .404 Jeffery is the parent case for all the modern magnums today: the .300 Ultra Mag, the Winchester Short Magnums, the .28 Nosler. All of these great cartridges are based on the .404 Jeffery case because it had girth for more powder capacity. Westley Richards also made the first short magnum in 1908, based on a .404 Jeffery, which is something we’re doing 112 years later.

Is it possible to collect vintage guns if you’re not a millionaire, and what kinds of guns would you look for?

Absolutely. We make expensive rifles and shotguns, and we sell expensive stuff. But my criteria [for a collectible gun] is that it’s a good representation of any maker, no matter the cost. I can get just as excited about a Fox A Grade if it’s a great representation of a Fox shotgun—and if it’s in good condition, and it hasn’t been fouled up somewhere along the way.

How can people learn more about the kinds of guns they want to collect? What are some of the best resources?

Now’s the best time to collect because the Internet gives you access to everything. There are also great resource books on all the big makers. But you’ve got to go somewhere where you can actually have the exposure to the guns and see what you’ve read about.

You can see and learn more about the dangerous game guns from Westley Richards in the Danger Issue.