5 of the Biggest Wild Hogs Ever Taken by Hunters

Just how big can a wild pig grow? Here are some of the heaviest ever taken, including three 700-plus-pound porkers, and the almost mythical "Hogzilla" 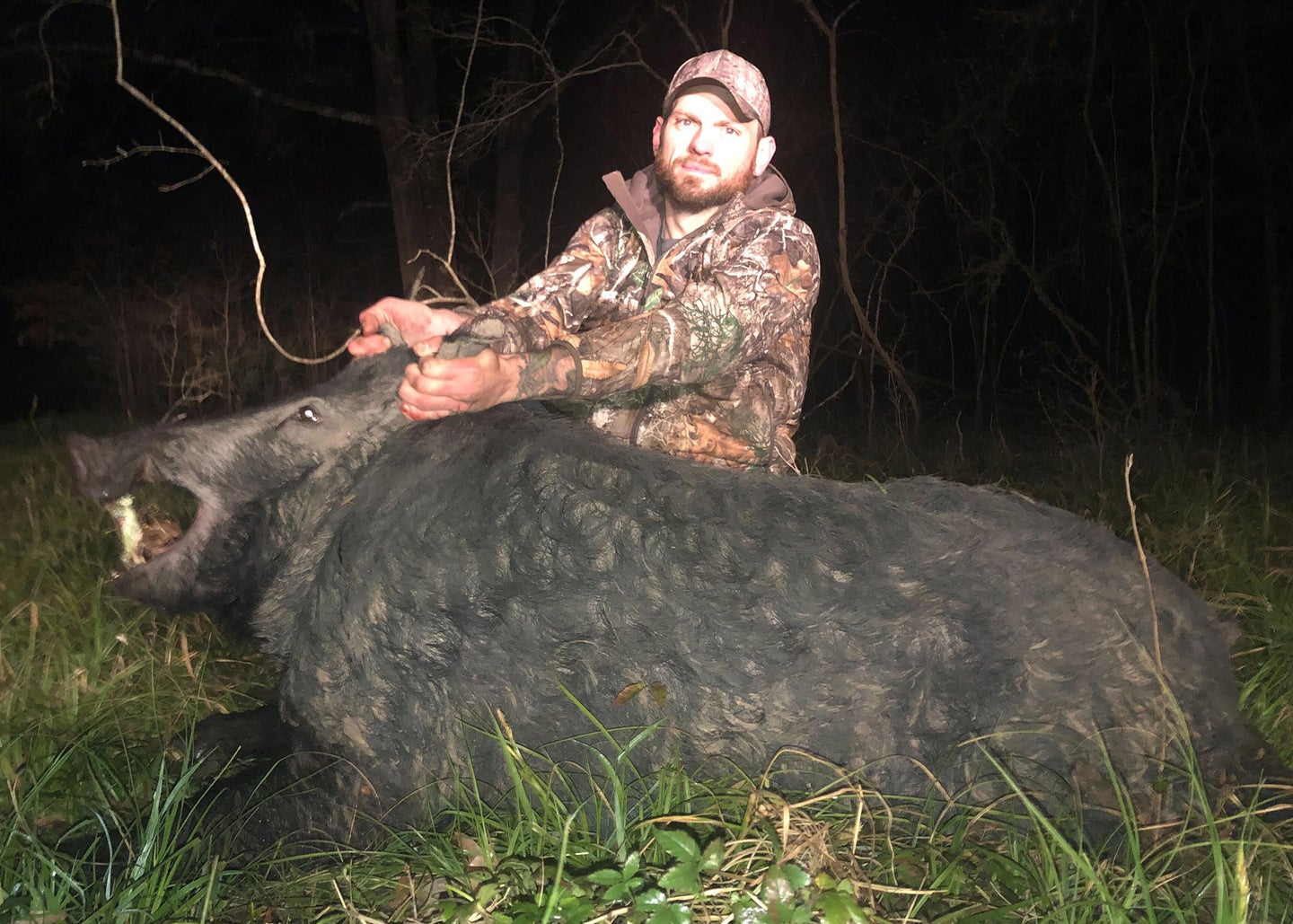 America’s pig problem is primarily one of overabundance. The estimated 6 million hogs running wild in 35 U.S. states are prodigious breeders with few natural predators and an ability to adapt to a wide range of conditions—the classic definition of an invasive species. Threatening property, domestic livestock, wildlife and, in some cases, people, feral swine have overwhelmed efforts by game and agriculture departments—and hunters—to reduce their numbers.

But wild pigs aren’t just capable of producing huge populations; they can also grow to jaw-dropping sizes. According to the Guinness Book of World Records, the biggest domestic pig ever recorded was Big Bill, a Poland-China boar that weighed 2,552 pounds and stood 5 feet at the shoulder. Put down after breaking a leg on his way to the 1933 World’s Fair in Chicago, Bill was a pampered, pen-raised hog. No wild pig has ever approached that size, but the storied Hogzilla purportedly topped 1,000 pounds, and tall tales abound of pigs attaining mythic proportions.

So how big can a big pig get? Here are five of the heaviest hunter-taken hogs ever.

Two hunters using night vision scopes and small-caliber ammo to cull wild hogs in a residential area brought down a 488-pound boar in Liberty County Texas in 2020. J.D. Dudley, an avid hog hunter who owns Nuisance Wildlife Removal, told Bluebonnet News that he and hunting partner Mike Huckabay were able to get within 20 yards of the whopper before Huckabay shot it. The boar was the largest taken on a hunt that also produced six hogs weighing around 250 pounds; it’s also the biggest Dudley has encountered in more than 15 years of hog hunting in southeast Texas.

“We were in there doing hog eradication because they have become so overpopulated,” Dudley said. “They have been tearing up the whole dang subdivision.” It’s a problem that Liberty County takes seriously: In 2019 a 59-year-old local woman, Christine Rollins, was killed by wild hogs in the front yard of a home where she worked as caretaker for an elderly couple.

Bruce Florence made his one shot count after a massive boar charged him during a 2016 outing in the North Carolina mountains. Bruce was hunting in Transylvania County with his son, Jonathan, when the younger Florence flushed half a dozen sows from a laurel thicket on a steep slope. Moments later, “the big boy blasted out,” Jonathan told Carolina Sportsman, “and he headed straight for my dad.” Tired from climbing, Bruce was sitting 90 yards downhill when the boar burst into the open, “bee-lining right at me.” The experienced hog hunter—whose prior personal best was 150 pounds—carried a single-shot .25-06 rifle. The hog closed to 30 yards before giving Bruce a shot at its vitals, and stumbled another 15 yards before going down. Weighing the gut pile in the field and the carcass at a truck stop on the way home, the Florences recorded a total weight of 707.5 pounds. The pig stretched 7 feet, 4 inches long.

Dropped by Joe Orth at 215 yards with a single shot from a .270 Winchester rifle in 2012, this 733.5-pound hog is widely considered the heaviest free-ranging wild boar ever shot in California. Orth was on a guided hog hunt purchased by his wife for his 50th birthday when he spotted three boars emerging from a grove of trees on private ranchland between Cloverdale and Fort Bragg. “I said ‘I think the hog in front is the biggest of the three’, and they felt the same way,” Orth later told the Oakdale Leader. “It turned out it was bigger than we ever imagined.” The beast outweighed the previous Golden State record by 100 pounds.

Oklahoma deer hunter Winston Brown was perched in a tree stand in 2011 when a massive hog—which he initially mistook for a cow—barged into his hunting area and scared off several whitetail does browsing nearby. After realizing what he was looking at, Brown put the first of three crossbow arrows into the pig. The last one came after he climbed out of his stand to claim the downed animal, only to see it rise and run. A double-lung shot with his last arrow finally stopped the 760-pound boar for good. “He kind of grunted real loud and started popping his teeth,” after the first shot, Brown told a local TV station. “He turned and faced me. I think if I had been on the ground and he could have seen me, it would have probably been ugly.”

Read Next: The 5 Best States for a Hog Hunting Adventure

When a photo of an enormous wild hog hanging from a backhoe went viral in 2004, the owner of the Alapaha, Georgia, farm where the beast was brought down by a hunting guide claimed the animal weighed half a ton and stretched 12 feet long. Hogzilla, as locals dubbed the internet sensation, caused such a stir that National Geographic sent a team of experts to exhume the carcass six months later for a documentary film. They confirmed Hogzilla was huge—“definitely a freak of nature,” according to the film’s producer, Nancy Donnelly—but not quite the monster it was reported to be. Making allowances for shrinkage that occurred during decomposition, National Geographic experts estimated the hog was more likely 8-feet long and weighed about 800 pounds. It’s 16- and 18-inch tusks, however, did set a Safari Club International record.