The Gun that Won the West

The Winchester Model 1873 came to symbolize the American frontier because it had two timeless features: reliability and sheer firepower 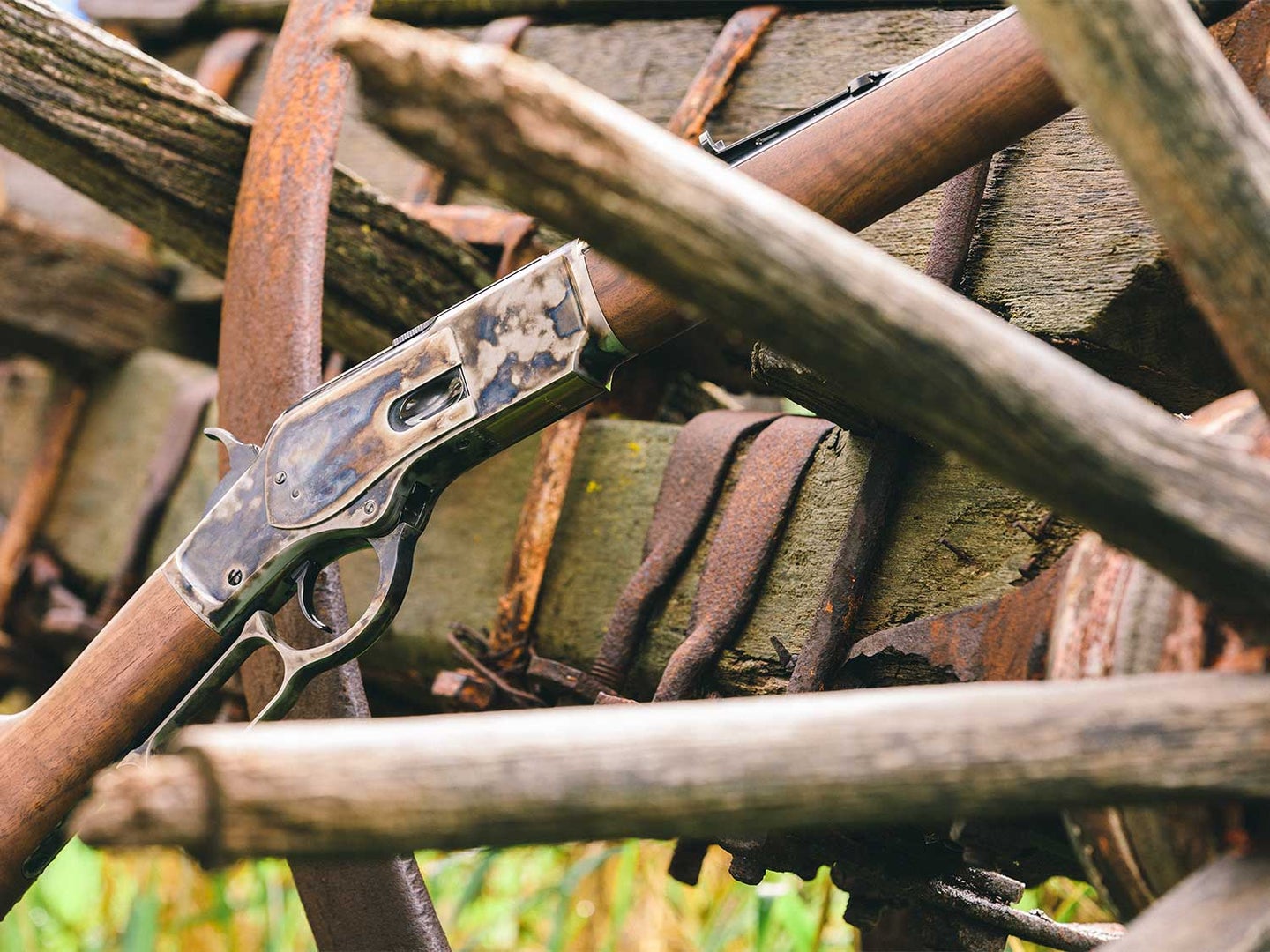 The Model 1873 remained in production for 52 consecutive years and new models are again offered today, in a variety of options. Winchester
SHARE

Hollywood made a feature film about it. Buffalo Bill declared it to be “The Boss.” Winchester called it, simply, the New Model of 1873. The rifle came from a dingy brick factory in New Haven, Connecticut, the product of men and women who worked in an inferno of noise for $600 a year, 11 hours a day on weekdays, 10 hours on Saturdays.

It was a raging success from the beginning, and although it was rapidly outmoded, the Model 1873 was so popular that it remained in production for 52 years. In all, 720,610 of the rifles were made.

The 73 was more than a rifle model. It became an American symbol. As gun writer Ned Crossman stated in 1920, the 1873 was “the rifle that put the name Winchester on the map of the West, trotting along with the equally formidable Colt gun at the belt of the frontiersman.”

Ironically, we wouldn’t consider the Winchester 1873 much of a rifle by today’s standards. Historian Mike Venturino owns and shoots three original 73s.

“It’s a 150-yard rifle chambered for a dinky little handgun cartridge,” Venturino says. “About the best I can do with my 73s is 3-inch groups at 100 yards, and beyond that, the sights are too coarse for any kind of accuracy. What the 73 did have was firepower. Aiming carefully, I can fire 15 shots in 60 seconds. That’s what made the rifle so popular, even when there were more accurate, more powerful guns available.”

And in an era when many guns were fussy and unreliable, the 73 was just about unstoppable. It would not let you down, ever. In 1875, in a gun battle with Comanche Indians at a place called Enchanted Rock in central Texas, near what is now the town of Llano, a Texas Ranger named George Lloyd accidentally stuffed a .45 Long Colt cartridge into his .44/40 Model 73, jamming the rifle nicely. Pulling out his knife, Lloyd unscrewed the 73′s side plate, pried out the .45, replaced the part, and got back in the fight.

Evolution of the Winchester Model 1873

For 400 years, men whose lives depended on firearms had only one pull of the trigger to save themselves. In the 15 to 30 seconds it took to reload a flintlock or a percussion arm, your time on earth could come to an end.

Samuel Colt solved part of the problem. His revolvers were formidable weapons, but they were accurate only at very close range and thus arms of the last resort. It was not until the Civil War that practical repeating rifles appeared.

Notable among them was a graceful, brass-framed .44-caliber lever gun called the Henry after its inventor, B. Tyler Henry. It was made by the New Haven Arms Co., formed by Oliver F. Winchester. The Henry was astounding. It held 16 .44 Henry Flat rimfire cartridges, and a good shooter could crank them off like a drumroll. The Henry awed the Confederates, and when it went West after the war, it terrified the Indians who came up against it.

In 1866, New Haven Arms’ name was changed to the Winchester Repeating Arms Co., and the Henry was succeeded by an improved version called the Model 66. The 66 was successful, but it was chambered for the same weak cartridge.

It was obvious to Oliver Winchester that a new design was needed, matched to a centerfire cartridge that would give his gun greater power and range. His concept became the New Model of 1873. Very close to the Henry in appearance, it had improved mechanics. The old brass frame was replaced by a stronger iron one (later changed to steel). A standard-model 73 held 15 rounds in a tubular magazine beneath the barrel.

Its new cartridge was the .44/40 Winchester, and seldom has a round of ammunition been so well matched to a rifle. Employing a .44-caliber, 200-grain bullet propelled by 40 grains of black powder, it achieved a muzzle velocity of about 1200 fps.

The 73 received a huge boost from Remington and Colt, who began chambering their revolvers for the .44/40. This eliminated the need to carry one kind of ammunition for a rifle and another for a handgun. The Winchester took care of business from 150 yards to arm’s length; when matters got to that point, you pulled your six-gun.

In the late 19th century, firearms were made by hand as much as by machine, so factories could build a gun almost any way you wanted. You could get a Winchester 1873 in Sporting Rifle, Special Sporting Rifle, or Carbine models, or as a Military Musket, with magazine capacities ranging from six to 17. There were three barrel lengths and three types of barrel contour to choose from. Winchester offered, at various times, flat or curved butt plates, straight or pistol grips, fancy wood, fancy checkering, and engraving. Until 1880, when the company added the .38 W.C.F.—and the .32 W.C.F. two years after that—the gun was chambered for .44/40 alone. In the whole history of the 73, that was it. Shooters loved the .44/40, and Winchester saw little need to change anything else.

The Men Who Owned the Winchester 1873

Buffalo Bill carried a Model 1873 and a pair of .44/40 Colts when he scouted for the Army in 1876. An Arizona sheriff named John Slaughter (was ever a lawman more aptly named?) doted on a Model 73 carbine. Forensic ballistics have revealed that Native Americans used eight Model 73s at the Battle of the Little Bighorn in 1876. The Apache leader Geronimo’s brother-in-law Yanhoza and son Chappo carried 73s. Frank James, brother of Jesse, used a 73. These are the men of whom we know. The others who swore by their Winchesters carried them as they lived and died—anonymously.

The Winchester Model 1873 has become the rifle of the Old West and has come to symbolize that place and time. But the people who bought it did not think in such exalted terms. To them, the 73 was simply a rifle you could trust with your life.

Field & Stream thanks Warren Newman of the Buffalo Bill Historical Center, in Cody, Wyoming, and historian Mike Venturino for their help.