How to Jump Shoot Ducks 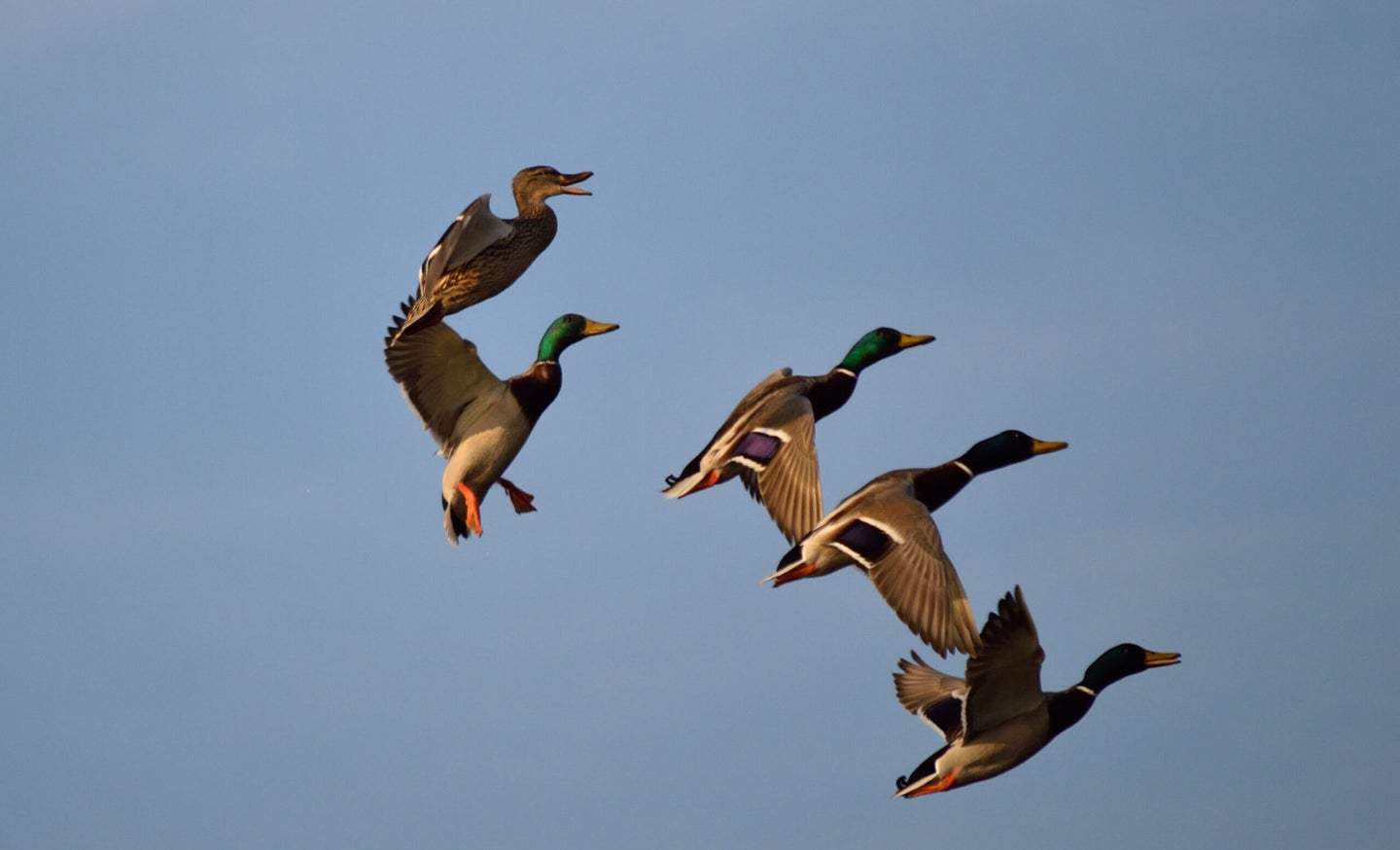 Mallards are known to be "sticky," which makes them excellent jump shooting targets. Luis Diaz Devesa via Getty Images
SHARE

When the ducks don’t come to you, try jump shooting ducks. Floating a river or jump shooting ponds, potholes, and creeks can help you put ducks in the bag on tough days. Jump shooting involves walking or floating close to ducks that are on the water, and then shooting them once they flush. The technique is much more like upland hunting than typical waterfowling.

Jump shooting has an excitement all its own: You trade the breathless anticipation of seeing ducks drop into the decoys for the adrenaline boost of waterfowl blasting into the air in a shower of spray. You’re also trading incoming and overhead shots for chances at birds going up and away. Here are some tips for successfully jump shooting ducks.

A jump-shooting gun should be light. You’ll often carry it at port arms throughout a day of hunting. Put a sling on it, too, to save your arms as you hike from pond to pond. Our guide to the best duck hunting shotguns details several versatile, lightweight options.

2. Choose the Right Choke and Load

Although most shots will be close, I’d choose a Modified choke and No. 2 shot. You want a dense pattern of larger pellets. Ducks going away present a small target, and it’s a long way from the rear end of a duck to the vital organs and head.

The old shotgunning advice “Make haste with deliberation” applies to jump shooting ducks. Pick your target, see it clearly, then mount the gun and make the shot. Rushing your shot risks a poor gun mount or a miss, and you need to let the birds gain a little space so your pattern can open up.

If you jump a whole flock, pick one bird at the edge of the group to shoot at. Shooting into the middle of a flock risks killing and crippling more than one bird at a time.

When birds flush at long range, don’t risk a shot, because if you shoot at them, they probably won’t come back. Instead, carry three or four decoys with you, toss them out, and settle in to wait for 30 minutes to see if they return.

6. Wait for the Ducks to Come Back

Even if shot at, teal often circle back, giving you a passing shot. Teal are so small that if they appear to be in range, they are probably very close. They won’t require any more lead than simply shooting at the beak.

7. Take Your Time on Geese and Divers

Puddle ducks, and especially mallards, can spring straight up off the water. Blot out a dabbling duck’s head with the barrel and fire. Think about trying to scalp the bird with your pellets to make a clean kill. Divers and geese, on the other hand, have to run across the water to get liftoff. You have lots of time to get ready before they’re fully airborne.

8. Shoot Trap to Get Ready to Jump Shoot Ducks

Trapshooting is the best target practice for jumping ducks. Not only does it give you chances at rising, going-away birds, but since it throws clays at unknown angles, it forces you to take an instant to read the target’s direction. For better practice, call for the targets with an unmounted gun.

Read Next: The 5 Most Legendary Waterfowl Destinations in America

9. Turn Your Canoe for a Better Shot Angle

If you float a river in a canoe, try to sit at an angle, with your body turned as far to the right (for a right-handed shooter) as you can. You’ve got lots of range of motion to your left but very little to your right, so cheat to the right side to give yourself an edge.