What is a Cactus Buck and Why Do They Grow Such Funky Antlers?

Cactus bucks have unusual antlers that never lose their velvet. Here are some reasons why the strange phenomenon occurs 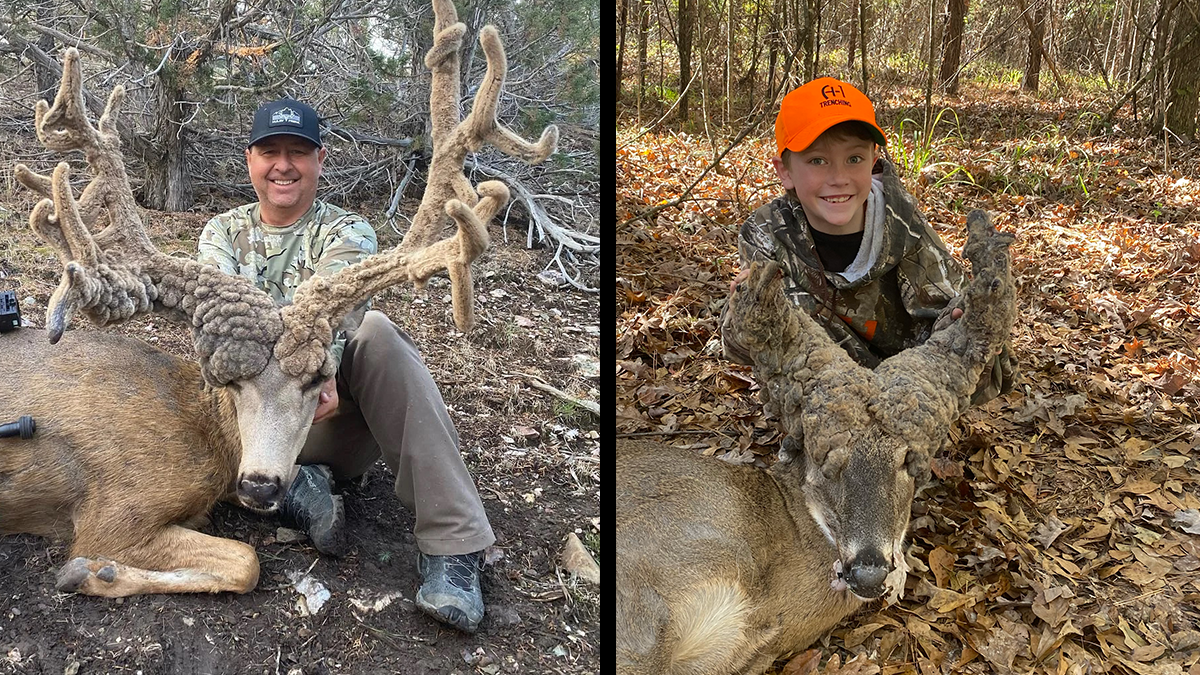 Each year, hunters tag some phenomenal typical and nontypical bucks. But few of them generate as much attention as a gnarly cactus buck. But what, exactly, is a cactus buck, and how is it that these deer grow such weird masses of lumps and bumps instead of normal antlers?

Well, the most common explanation is that the buck has sustained some damage to his testicles, thereby causing a drop in testosterone, the hormone that normally helps a buck grow velvet-covered antlers and then shed that velvet. With a cactus buck, there’s obviously enough testosterone to initially grow a rack, but there’s not enough to complete the velvet-shedding process. The buck may also fail to shed his rack in the winter like most bucks, and the subsequent growth on the un-cast and still-velvet-covered rack during the following year often leads to a lot of strange-looking junk—a key characteristic of a cactus buck.

How does a buck wind up with damaged testicles? Well, I think it’s safe to assume that one cause is fence crossings. Farm- and ranch-country bucks have to execute their share of fence jumps, and just one that goes badly could result in a disaster with long-lasting consequences—and a gnarly cactus rack.

There Are Other Factors That Lead to Cactus Bucks

But not all dips in testosterone levels are the result of external injuries. Recent research has linked EHD and “blue tongue”—two relatively common diseases that affect whitetails—to a severe drop in testosterone levels. The impact of the diseases may be sufficient to affect antler development. And since EHD frequently hits in late summer, when bucks are still in velvet, it’s a plausible explanation for some cactus bucks.

According to noted biologist Jim Heffelfinger, researchers are also looking into compounds in some plants that might “chemically castrate” a buck if eaten in sufficient quantities. Basically the opposite of Viagra, these plants would take a normal whitetail and give him performance issues, not to mention some really weird headgear. Ingesting certain types of molds might also affect testosterone levels and achieve a similar effect.

It gets weirder. Hermaphrodite deer—animals that have both male and female sex organs—might also grow what looks like a perfectly normal rack. But since there’s some estrogen in the mix, the female hormone might take precedence over the male and retard the velvet-shedding process. As an interesting side note, a velvet-antlered doe may be in full possession of her female organs and capable of breeding, which could lead to the unusual sight of a hard-antlered buck breeding what appears to be a velvet-clad compadre. Nature is full of surprises.

Read Next: The Most Famous Whitetail Bucks Ever Taken (or Found)

In 50 seasons of hunting all over the country, I’ve never seen a cactus buck in the field and, like most hunters, I probably never will. But should it ever occur, I honestly don’t think I’d shoot the deer. As I’ve noted about piebald and albino bucks, I get sufficiently awed by odd and wondrous moments in the woods that I think my response to a cactus buck would be a slack-jawed Wow!, which would preclude any thoughts of grabbing a bow or reaching for a gun. On the other hand, I fully support anyone’s decision to do just the opposite.