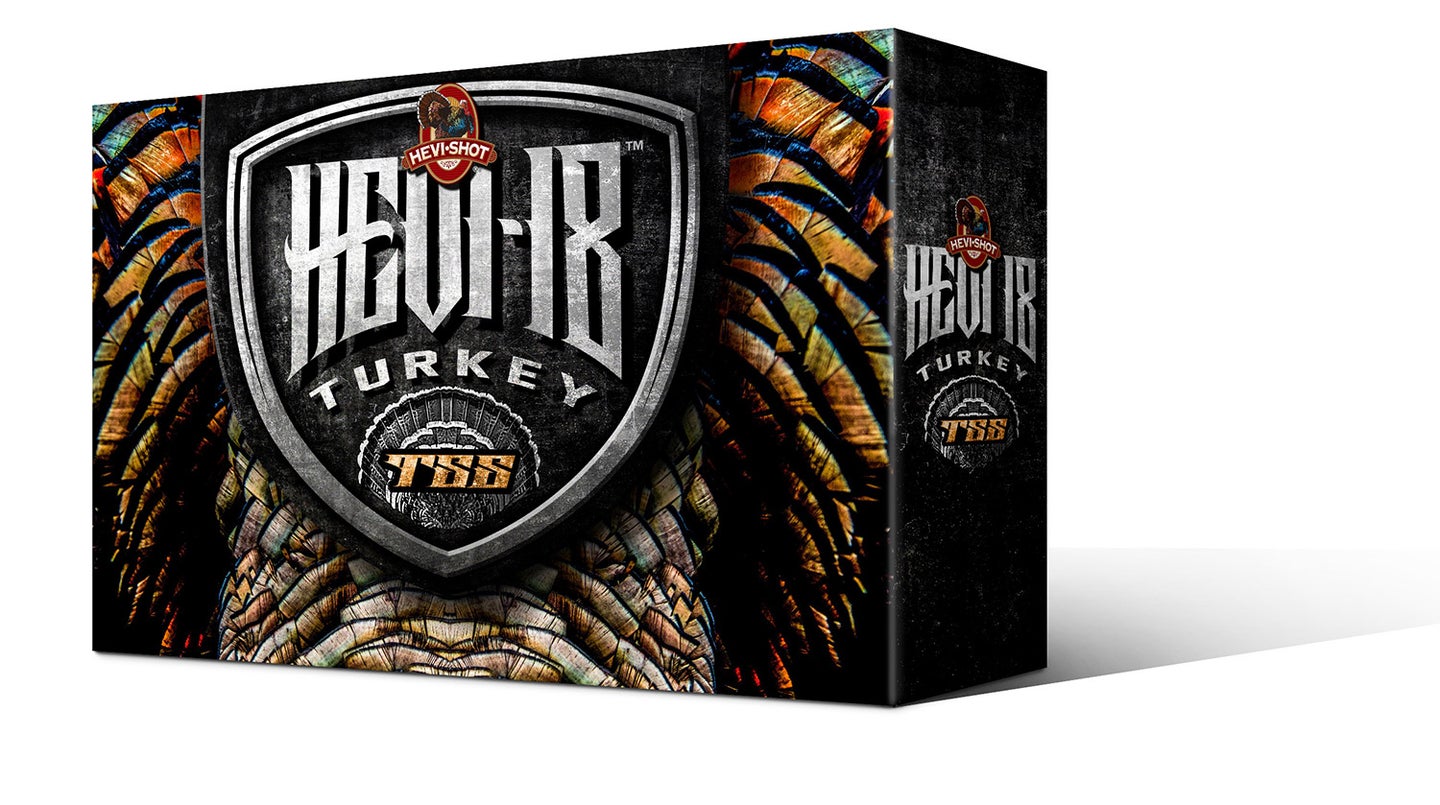 The new TSS load from HeviShot offers a No. 7-shot .410 that may be legal in states that have shot-size restrictions for turkey hunting. HeviShot
SHARE

Ammo makers find new and useful variations on the familiar theme of shot, powder, wads, hulls, and primers every year, and it’s the new shotshells that excite me as I walked the aisles of the SHOT Show recently. This year’s class has something for everyone: deer hunters get new slugs; turkey hunters have two more TSS options; target shooters get a premium load; home-defenders can shoot innovative new buckshot; 16- and 28-gauge hunters have their own mixed-shot upland loads, and waterfowlers get a new bismuth load and what may be the wad of the future. Here are the shotshell highlights of SHOT 2020.

My prediction for the 2020s: Plastic wads will become the new lead shot. Already, coastal watch groups in California are complaining about and documenting plastic wads fired inland washing up on California beaches. Rio’s BlueSteel Pro Eco ammo may be in all of our futures. Loaded with biodegradable wads made of vegetable derivatives, Pro Eco wads break down completely in water after a couple of days. At last year’s SHOT Show, Rio unveiled the wads only, dissolving in a goldfish bowl in their booth. This year, they have two completed loads ready to go: a 2-¾-inch, 12-gauge, 1325-fps, 1-ounce shell loaded with 5, 6, or 7 shot for upland use, and a 3-inch, 12-gauge, 1550-fps, 1-⅛-ounce load of BB, 2, 4, or 5 shot. Prices start at $6.24 per 10; rioammo.com

Working with input from top sporting clays competitors, Winchester set out to make the ultimate premium target load, and the result is the new Diamond Grade AA ammunition. The shot contains 8 percent antimony, making these the hardest lead-shot pellets on the market. The shot is tabled (sorted) to be as uniform in size as possible, and copper-plated for good measure. Four initial sporting clays loads will be offered in 12 gauge, 1 and 1 ⅛ ounces at velocities from 1250 to 1350 fps. The price will be a dollar or two higher than regular AA target loads. winchester.com

Each Force X2 buck load contains nine 00 pellets that turn into 18 upon impact. Each pellet is split halfway, looking more like a splitshot sinker than a buckshot pellet. When it hits its target, it breaks in half, creating a total of 18 wound channels, which made an impressive mess of the block of ballistic gelatin Federal had on display at its booth. The shotshell engineer I talked to said the notched pellets pattern about the same as regular round buck at short, self-defense distances. They are loaded to a velocity of 1145 fps and will sell for $22.95 per 10. federalpremium.com

As straight-wall cartridges sweep former slug-only areas, the shotgun slug doesn’t get a lot of attention from ammo makers anymore. Remington bucks the trend by loading Expander-tipped Barnes slugs in 2¾- and 3-inch, 12- and 20-gauge loads. Not only will they provide reliable expansion and 100 percent weight retention, but the copper slugs will be legal everywhere as they contain no lead at all. The 20-gauge slugs reach velocities up to 1850 fps in 3-inch, and are the flatter-shooting choice. Starting at $15.13 per 5. remington.com/ammunition

Federal’s fast, tight-patterning Prairie Storm is a favorite among hunters who believe in the more is more theory when it comes to hunting tough ringneck pheasants. Increased interest among hunters in the 16 and 28 gauges led to the introduction of four new Prairie Storm loads this year, the first offered for those two gauges. Like other Prairie Storm offerings, they contain a mix of 70 percent standard, round pellets and 30 percent ridged Flitestoppers inside the Flitecontrol Flex wad. The 16 comes in 1425 fps, 1¼-ounce loads of 4, 5, or 6 shot, which is a fast, heavy load for a 16, and will be a handful in a light gun, but also a hammer on game. The 28 gauge comes in 13/16 ounce loads of 6 shot only. Starting at $34.95; federalpremium.com

Read Next: Best New Shotguns of the 2020 SHOT Show