Call In More Whitetail Bucks with These Expert Tips

Most hunters don't call to deer as much as they should. Here's exactly what calls to use when to lure a buck into range 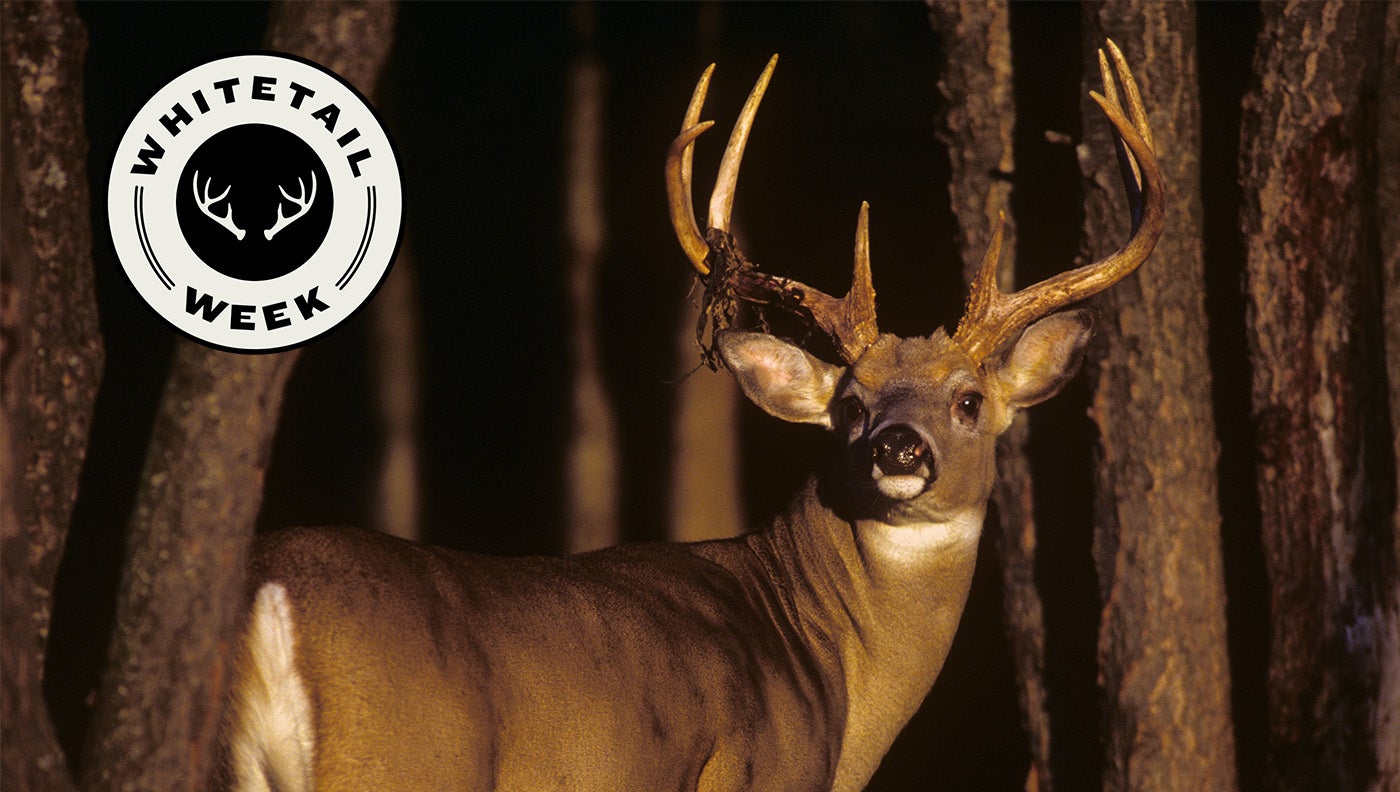 The right call at the right time can grab a buck's attention and lure him into range. John Hafner Photography
SHARE

Calling deer can be an effective way to bring bucks to your stand, even though there isn’t the same instant gratification usually associated with calling ducks or turkeys. Deer aren’t nearly as vocal as those species, but they are more vocal than many hunters realize. The key to deer-calling success is knowing which deer calls to use and when to use them. Here’s a breakdown from two deer-calling experts on the best ways to call deer based on each phase of the season.

How to Call in More Deer During the Early Season

At the beginning of the September archery season, deer are still segregated into buck bachelor groups and doe/fawn family groups.

“Bucks are still tolerating each other, and they’re often seen together at primary food sources,” says Chris Kirby, President of Quaker Boy Game Calls. “At this time, buck’s are driven to build up their fat reserves in preparation for the upcoming rut and harsh weather. They’ll often make a ‘get off my plate’ grunt while feeding together that sounds different than breeding-style communication.” Kirby likes to mimic this with one or two short grunts on a grunt tube.

The early season is also a good time to call in does if you’re looking to fill the freezer. “Fawns are especially vocal at this time of year,” Kirby says. “Although they’ve been weaned by now, they’re still looking for an easy meal from their mothers. Hungry fawns often make a soft bleat that has a begging tone to it.”

Fawns will also be vocal when they are separated from their mothers, and imitating a lost fawn with a can call is another way to entice does into bow range. Even if she doesn’t have a fawn of her own, a doe’s maternal instincts kick in when she hears a pleading bleat.

Kirby’s calling sequences in the early season are intermittent throughout the hunt, and he’ll often call blind. When targeting does, he gives one or two half-turns on a Bleat-in-Heat can call initially to simulate a mother doe entering a food source. He may follow that with three or four half-turns on a Bleat-in-Heat II to imitate the fawn bleats described above. For buck calls, he likes to use the Brawler grunt tube.

“There is an undeniable calmness during this time of year,” says Kirby. “My goal is to create an illusion of normal, safe activity on a great food source that establishes an ‘all is good’ confidence in a deer’s mind. In the turkey world, these kinds of calls can be compared to a purr.”

Read Next: How to Rattle In Whitetail Deer in the Fall

How to Lure Pre-Rut with Deer Calls

As the pre-rut progresses, bachelor groups become a thing of the past. Feeding takes a backseat to establishing dominance, and buck rubs and scrapes start popping up across the landscape.

“This is an extremely productive stage for calling in bucks,” says Kirby. “A buck’s protectiveness of his territory, combined with a little over-confidence, creates an opportunity to call him into range.” During the pre-rut, Kirby does more blind calling, which includes rattling, buck barks (short, loud bellow-like sounds Kirby makes with a grunt tube), doe bleats, and tending grunts.

“At first light, I offer up a sharp, loud buck bark, immediately followed by a sequence of light antler rattling,” he says. “The illusion to the local buck is simple: Two intruders have moved into his space. So, he’ll feel the need to investigate.” Kirby then issues five or six doe bleats, followed by six to eight tending grunts. “If the buck heard the fight but wasn’t convinced, this sequence makes it seem like the winner is now chasing one of his does.”

Brad Farris, of Primos, also likes to use a combination of calls during the pre-rut. His go-to calls during this phase are the Primos Buck Roar grunt tube and the Original Can bleat call. “The really loud Buck Roar gets the buck’s attention from afar, and then when the buck gets closer, I use the bleat can,” Farris says. He suggests that hunters should use grunts sparingly early in the pre-rut, and then get more aggressive as time goes on.

Farris likes rattling too, especially in the pre-rut, because bucks are still sorting out their pecking order. Young bucks may merely be sparing, but for mature bucks, these pre-rut battles will determine breeding rights. Regardless of age, bucks can’t resist investigating rattling.

Ramp Up Your Calling to Tag More Rut Bucks

The rut changes everything, says Kirby. “Bucks are in pursuit of a ready doe now, and I shift my attention away from food sources and spend time calling close to bedding areas and transition corridors.” Kirby likes to make tending grunts and buck barks during this phase of the rut. “My Brawler grunt tube gets a workout,” he says. “I blind call frequently, as bucks are on their feet, in and out of hearing range.”

Kirby believes solitary, cruising bucks are most susceptible to grunting. “As he’s cruising by, hit him with a distinct contact grunt. When he snaps his head up, go with three to four tending grunts. Countless times I’ve brought bucks in on a string with that sequence during the peak rut. Simply put, he’s searching; you’ve provided the illusion of a rival buck chasing a doe within earshot, and he’ll come running in to fight for that doe.”

Farris also likes to use a grunt call to grab the attention of passing bucks. “If you get a buck coming, though, quit calling when he gets close,” he says “Don’t call again unless he goes out of sight.”

Farris uses a bleat can alone to call directly to does during the rut too. “If you have a buck following a doe, you can call the doe with bleats, and she’ll bring the buck in with her.” This concept is similar to the spring turkey hunting strategy of calling to hens so a gobbler follows them.

With either tactic, stand position is key. Farris suggests setting up in a location where deer can’t see your position—and can’t see that there aren’t any deer in the area—until they’re within range.

Read Next: 10 Basic Things You Need To Know When Calling White-Tailed Deer

After the rut is over, things calm down substantially. Many of the does have been bred, and other successful hunters have taken bucks, leaving less competition for the bucks that remain. However, calling can still be productive.

“A doe that hasn’t been bred during her first heat cycle will recycle back into heat around a month later,” Kirby says. “The remaining bucks have been through a lot during the rut and their energy is low, but their desire and ability to breed are still there. These worn-down bucks are looking to replenish their energy, so hunt close to whatever food sources are left. Focus your calling more towards bleat sequencing, and back off your calling intensity as the season wanes. Offer up five or six turns on the Bleat-in-Heat, followed by one or two grunts.” Recognizing when to tone down your calling is the best way to create one last opportunity to tag a buck before the season is over.