Dave liked this tempermental rifle enough to buy one for himself despite its quirks. Here's his review. 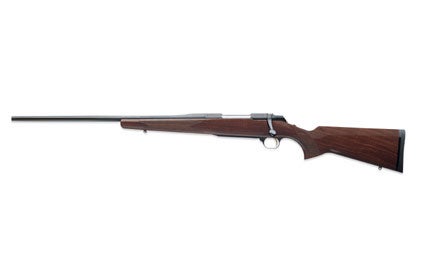 THE INSIDE STORY: When it first came to me, this A-Bolt rifle couldn’t have hit Montana if I were standing in downtown Billings. Why? The fore-end had warped and was pressing against the barrel. I sent the gun back to Browning, where the problem was quickly corrected. When I got it back, the A-Bolt turned out to be a nice firearm, albeit a somewhat temperamental one. It does not shoot the three available bullet weights anywhere near one another, and it finds a certain weight to be much more to its taste than the others.

All told, it is a light, handsome rifle with a nicely figured, well-checkered claro walnut stock, a good-not great-trigger pull, and very positive feed for a gun that handles shortfats. I wish Browning would dispense with the gold-plated trigger, but that is a minor quibble.

Browning considers this an all-around gun, but I disagree. It’s not really a deer gun, but I would certainly use it on bear, elk, or African game. Its real advantage is that it’s a genuinely light gun that shoots a heavy bullet and won’t kick you to death in the process.