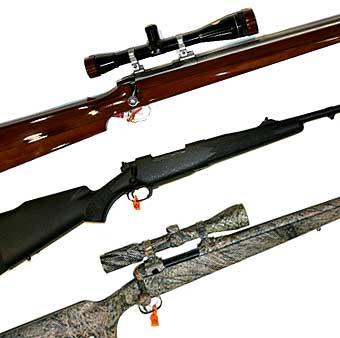 According to Marv Hlady, a wildlife specialist with the Saskatchewan Fish and Wildlife Branch, the northwestern region where the parklands meet the boreal forest around Meadow Lake produces some of the best whitetail deer hunting in Saskatchewan. Nonresidents are restricted to Units 63 through 69 in this area. The best hunting for big mule deer bucks is found south of Moose Jaw to the Montana border. However, mule deer hunting is restricted to Saskatchewan residents only. Some whitetail units here are open to nonresidents; others are not. Nonresidents are required to hunt with a guide. Over most of Saskatchewan the winter was mild with minimal snowfall, and in general deer numbers are up. In some areas there was so little snow deer did not concentrate, making it difficult to conduct winter population surveys. But the southeastern region experienced cold temperatures and heavy snowfall last winter, and deer in this area suffered an above-average winterkill. Overall deer populations are stable and the deer harvest in 2001 should be average to slightly above average.