Blast From the Past: Winchester Model 71

A vintage, and iconic, rifle roars in the bear woods once again 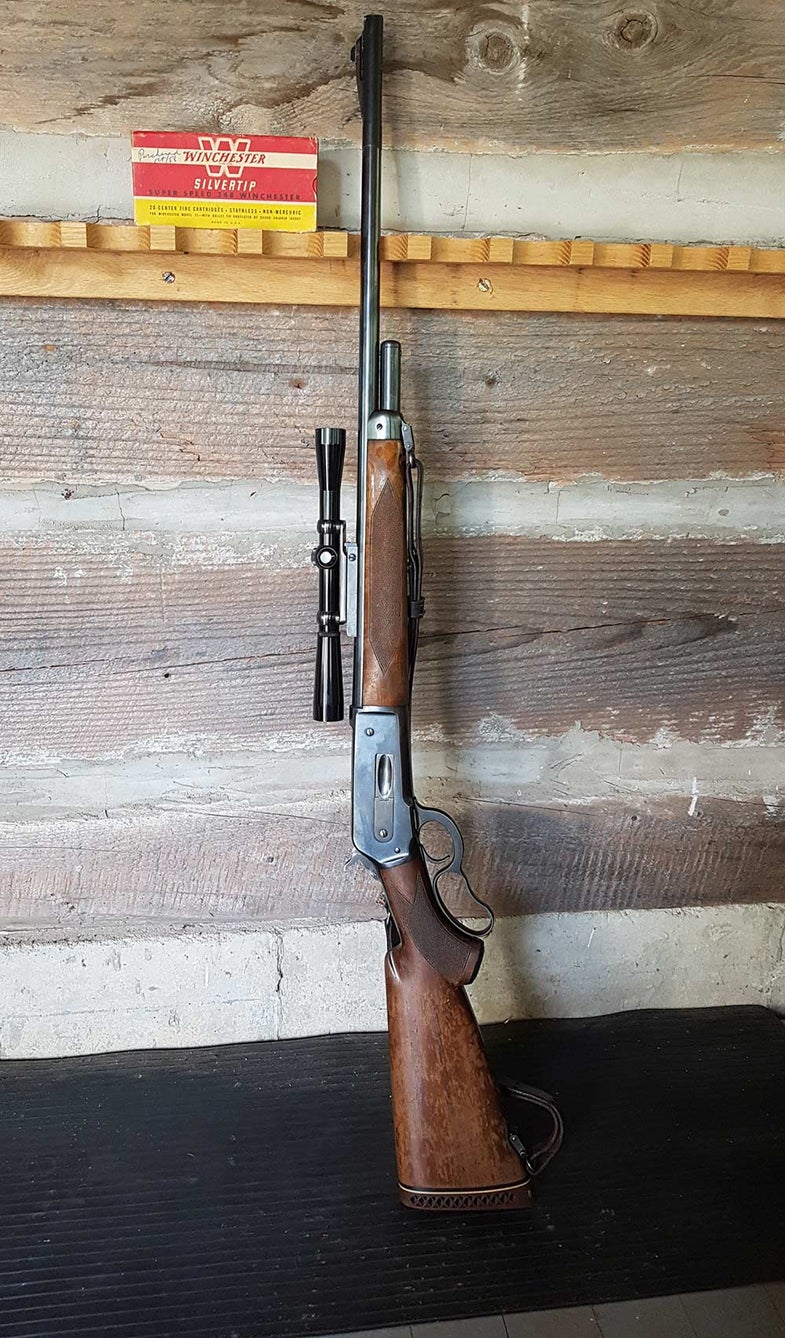 A vintage Winchester Model 71—as classic as ever. From Bernard
SHARE

I saw the Winchester Model 71 described by someone on the Internet as “the outdoorsiest looking rifle ever” which is both dumb (nearly all rifles are outdoorsy, aren’t they?) and also spot on, because the 71’s classic lines and its .348 cartridge evoke North Country hunts as few other rifles can. Introduced in 1935, the Model 71 was a simplified version of John Browning’s 1886 Winchester, the lever gun he designed to shoot heavy black powder cartridges. The 71 was chambered only in .348 Winchester, a new cartridge intended for deer and bigger game, and to supplant several older cartridges from .33 Winchester to the .45-70. Like any round used in guns with tubular magazines, it was loaded with flat-nosed bullets and was, therefore, not great at long range. At woods ranges, though, the .348 was deadly and it became popular with many hunters in Canada and Alaska as moose rifle.

Despite being introduced during the Depression as a fairly expensive rifle, the Model 71 lasted until 1958, with over 47,000 made. Hornady now sells a .348 caliber flex-tip bullet for those who might like to soup up their Model 71s.

This Winchester Model 71 is a gun my father bought new while working in NYC in the 1950s. Thereafter he used it as his big-game rifle, primarily for whitetails. Due to its sound and kick, he named it “Roaring Mag,” after the famous British mortar “Roaring Meg”[of the English Civil War]. One year he got lucky and flattened a large black bear with it, and that bear rug adorned our house for years. As a boy, I was occasionally allowed to take the rifle out of the case and marvel at it, dreaming of the hunts to come.

This year, I finally took it afield again and fulfilled some of those boyhood dreams by shooting a nice bear. The rifle has seen hard use as the stock shows. Purists will scoff at the scope. Winchester fans will recognize the Redfield M294, an elegant solution to the top eject lever guns for guys like my father—and now myself—who have aging eyes. Anyhow, it was nice to hear Mag roar again and claim another bear rug for our home.

Thanks for sending that, and congratulations on the new bear rug. Keep the old gun pictures coming to fsgunnuts@gmail.com.