The one thing these handgun rounds have in common: they’re all on their way out 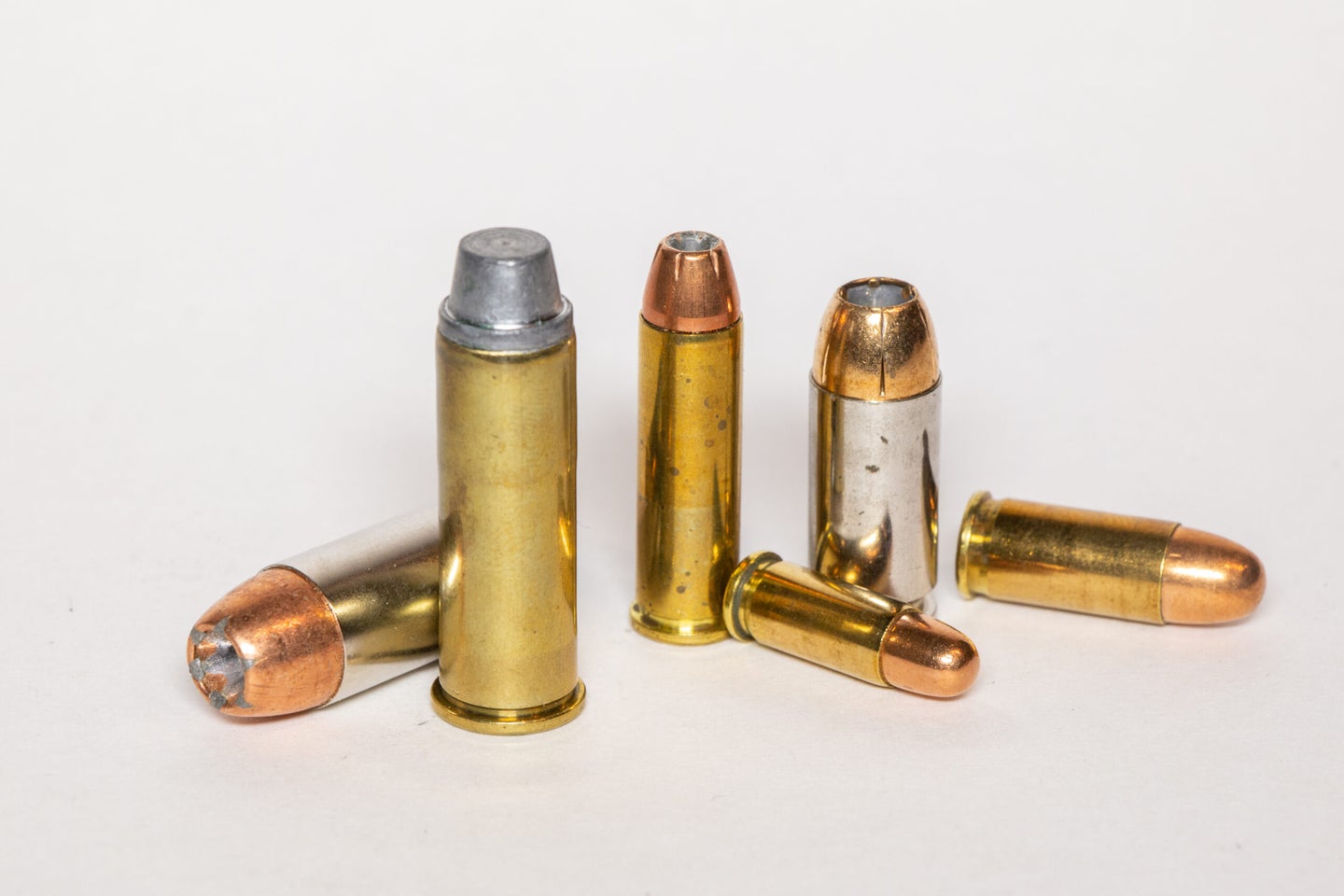 Throughout history, many different handgun cartridges have been introduced. And there are many reasons cartridges find the graveyard. Some have lived long lives, others have had short but great runs, and some were doomed from birth to have an unloved existence. On this list, there are handgun loads that were bad ideas from the beginning and those that never lived up to their name. But, somewhere there’s someone, his two uncles, and their mother-in-law, who care about each and every one of them. Still, it doesn’t matter. With these cartridges, a little bit of love isn’t enough. These rounds are, or will soon be, about as dead as dead gets.

Though it was the original sidearm of secret agent James Bond, even the Walther PPK can’t turn the .32 ACP into anything reasonably approaching a decent self-defense cartridge. However, in 1899 when it was introduced, it was well regarded, and since then it may have been chambered in more handgun models than any other cartridge. At one time, the little .32 ACP was very popular, especially in Europe, where its one true claim to fame is being the cartridge that killed Adolf Hitler. But in 1908, when the .380 ACP was introduced, it began putting nails in the .32 ACP’s coffin. Today that coffin is well sealed and all but buried. James Bond has moved on to other handguns and cartridges, and the rest of the world should follow his lead.

John Browning is possibly our greatest firearms designer. Not only did he give us the 1911 pistol, the 1894 Winchester rifle, and the Browning Auto-5 shotgun, he’s also responsible for the .45 Auto, and 50 BMG cartridges. But, in 1905 John Browning gave us something we would have probably been better off without—the .25 Auto. Its 45-grain bullet at 800 fps is anemic by any measure; a .22 Magnum is more powerful. My grandfather told me that back during prohibition when he was running shine, he watched a man empty a magazine of .25 Auto ammo into another man’s torso. That other man then went to his truck, got a shovel, and used that shovel to beat his attacker to death. And there you have it; you’re better off with a shovel than a .25 Auto. It wasn’t a good idea 116 years ago, and nothing has changed.

Introduced in 1964, the .41 Magnum was intended to be the ideal hunting handgun cartridge. It was also thought that cops who couldn’t handle .44 Mangum recoil would find it more appealing than the .357 Magnum. With support from the great Elmer Keith, the .41 Magnum was supposed to bridge the gap between the .357 and .44 Magnums. Though a few police departments adopted it, and a handful of hunters seemed to love it, it never fully developed any mass appeal. Today, with the proliferation of 10mm pistols and revolvers that offer great terminal performance with less recoil, it would appear that the .41 Magnum is headed for extinction. The .357 Magnum is easier to shoot, the .44 Magnum hits harder, and there’s just not enough Elmer Keith disciples left to appreciate or really need the compromise the .41 Magnum offers.

Introduced in 1982, the .32 H&R Magnum was a wonderful addition to Ruger’s Single Six. It offered more power than the .22 LR and the .22 Magnum, and it did not increase the size of the revolver. Unfortunately, as the .327 Federal Magnum has shown, the increase in power the .32 H&R Magnum offered was less than it should have been. The .32 H&R did develop a cult-like following, but it has struggled to survive since it was birthed. Common 85-grain .32 H&R Magnum loads have a muzzle velocity of about 1100 fps and generate about 220 foot-pounds of energy. By comparison, a 100-grain .327 Federal Magnum load has a velocity of about 1500 fps and will generate 500 foot-pounds of energy. Even though .32 H&R Magnum ammunition makes great light-recoiling practice loads for the fire-breathing .327, by itself it just never was “magnum” enough. Since it’s based on the .32 S&W Long, maybe a better name for it would have been the “.32 Extra Long.”

A 1986 shootout in Miami left the FBI looking to swap the 9mm for another duty cartridge. Maybe the FBI was partly influenced by suave Miami Vice character Sonny Crocket who carried a Bren Ten, but they ended up choosing the 10mm and a new service pistol, the S&W Model 1076. Ultimately, the Bureau had issues with the Model 1076, and they settled on the 40 S&W, which is essentially a 10mm short. This new .40-caliber cartridge could use high-capacity magazines like a 9mm and hit hard like a .45 Auto. The cartridge took law enforcement by storm, and soon cops and concealed carriers nationwide had the ultimate compromise cartridge. But nothing lasts forever. Shooters struggled to get good hits with the .40, and years of ammunition development advanced the lighter-recoiling 9mm’s terminal performance. In 2015, the FBI returned to the cartridge that failed them in 1986 and essentially killed the .40 S&W. Ironically, as the cartridge fades into forgottenness, its father—the 10mm—is once again climbing to stardom.

Around 2002, it would seem some engineers at Glock spent a night drinking with some smart guys from Speer. Thinking they should produce their own fighting pistol cartridge to forever seal the legacy of Glock, they came up with the .45 Glock Auto Pistol (GAP) cartridge. The cartridge is the same length as the 9mm Luger and uses a small pistol primer. But it’s loaded with the same bullets and to the same pressure—23,000 psi—as .45 Auto +P ammunition. The idea was to offer .45 Auto performance out of a handgun with the same grip size as a 9mm. A couple of law enforcement agencies had chiefs who were apparently wooed by Glock to adopt the cartridge. But these affairs didn’t last long. Even though the cartridge, and Glock models 37, 38, and 39 it was chambered in, worked just fine, few shooters cared, and even fewer remember. The gap the GAP was supposed to fill was already being occupied by the .40 S&W.