Are you a big-woods hunter who loves his Remington pump gun? Great. F&S rifles editor David E. Petzal thinks you will probably not rot in hell for it 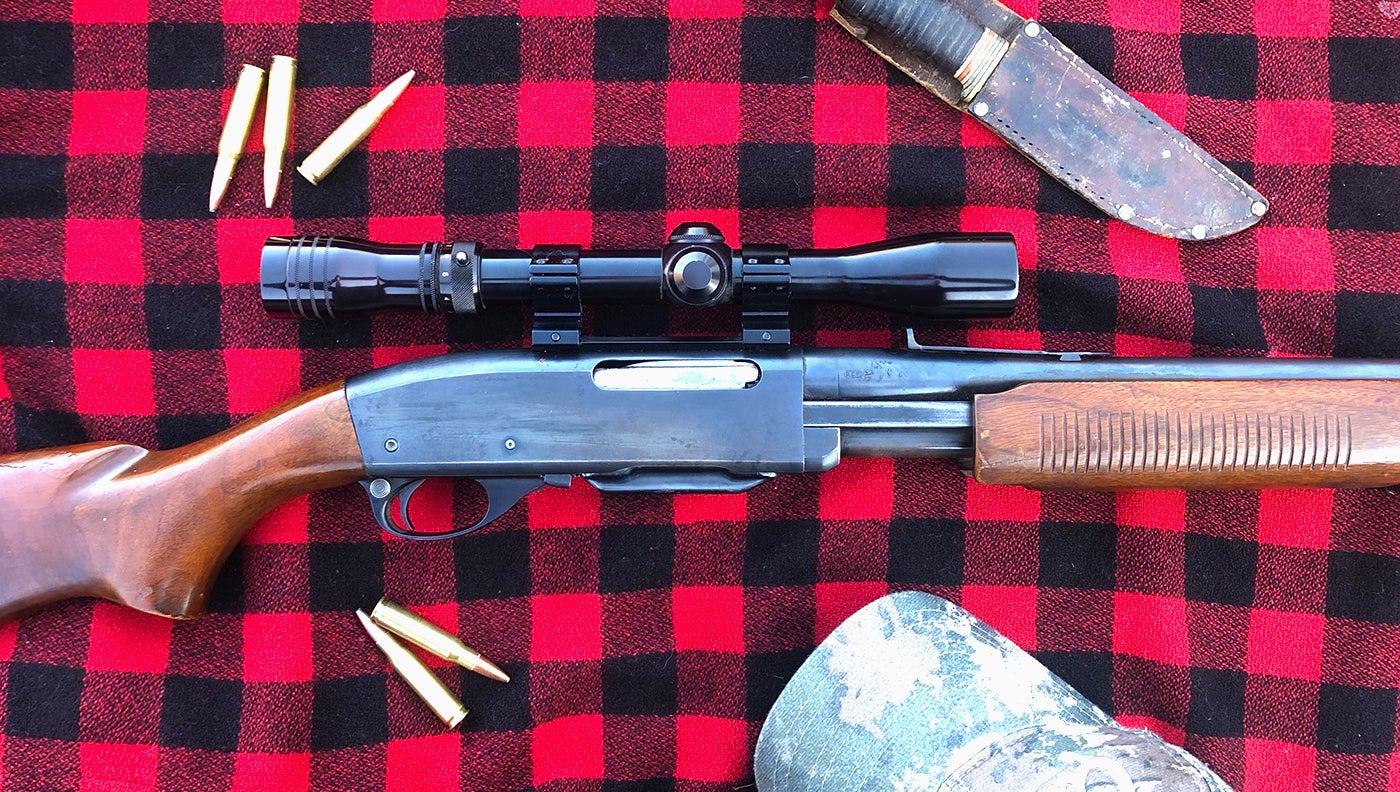 The Remington Model 760 pump-action centerfire rifle was made from 1952 to 1981. Dave Hurteau
SHARE

My editors have informed me that my recent article on the failings of the Remington 742 family of autoloaders may have filled some of you with fear and trembling, intolerable anxiety, and deep-seated feelings of dread. Apparently, they just wanted me to know. Or they want to keep me at the computer and off the streets of Portland. In any event, this follow-up article is about an alternative Remington rifle that looks like an auto, sort of, shoots as fast and maybe faster, and is reliable to a fault. I’m referring to the Forgotten Guns—the Remington Model 760/7600 slide-actions.

It’s paradoxical that pump-action shotguns have been hugely successful for a very long time but pump-action rifles have not done nearly as well. Colt made a determined effort from 1884 to 1904 with its Lightning rifle, but it was outcompeted by Winchester and Marlin lever-actions. Remington jumped into the breech with their Model 14 pumps, which lived from 1913 to 1950. They were good rifles, but complicated, and therefore expensive to produce. From 1970 to 1981 Savage turned out the Model 170 pump, a vaguely depressing economy rifle whose entry-level breeching system limited it to the .30/30.

Aside from that, it’s been all Remington. Their modern slide-actions began in 1952 with the Model 760, which was a major success. It was fairly lightweight, chambered for a wide variety of cartridges, didn’t cost a fortune, and was far more reliable than the 742 autoloader. The 760 had its faults, however. The trigger was both dreadful and incurable. The fore-end rattled and clattered. It kicked more than its gas-operated cousin. It shared the 742’s multi-lugged bolt head, which sometimes shredded receiver rails. As for accuracy, these rifles were not bad, and occasionally you could find one that shot very well. A gun-writing friend of mine once rounded up three .30/06 Model 7600s (the successor to the 760 and essentially the same rifle) and a bunch of varied ammo, and shot groups with the three. He concluded that none was “inaccurate enough to miss a buck at 200 yards,” but neither were the sort of rifles “likely to wad the bullets up into tight little groups, either.”

In the end, your average Remington pump gun will not hold up to today’s accuracy standards, but, then, why should it? Most hunters who carry them these days are chasing woods whitetails, and for that, they are as accurate, or more so, than they need to be.

Remington discontinued the Model 760 in 1981 and followed it with the Model Six and the Model 76 pumps, neither of which won anyone’s heart or mind and rapidly vanished. The final iteration of the line, the 7600, appeared in 1987. As best I can tell, it’s the 760 with a two-lug bolt that doesn’t chew up the receiver, and if I’m reading the current Remington Arms catalog correctly, it’s also history, as the company is now making only Model 700s and muzzleloaders.

Praise for the Pump Action

When compared to autoloading rifles, like the Remington 742 and it’s kin, there’s a lot to be said in favor of the pump. First, pumps are very, very fast. It’s quite possible that a slide action, worked by a skilled hand, can fire faster than an auto. As there are many more pump-action shotguns than rifles, we’ll turn to them for examples. Herb Parsons, Winchester’s great exhibition shooter, could throw seven clay targets in the air and break them before they hit ground, using a Winchester Model 12 pump gun.

Trap shooters know that in order to break the second target at doubles, you have to get Shot Number Two in the air no more than a nanosecond after Shot Number One has cleared the muzzle. The late Rudy Etchen, a Trapshooting Hall of Famer and maybe the greatest doubles shooter of all time, used a Remington Model 870 pump. (Etchen, who was wealthy, was once asked why he didn’t dump the 870 and use a nice, expensive over/under like everyone else. “If I did,” said Rudy, “then what would I do between shots?”)

Then there is reliability to consider. I’ve already howled about the Remington Jamomatic’s dreadful record in this regard, and I won’t howl further, except to say that it stands in sharp contrast to the same company’s dead-reliable pumps. The pump-action mechanism is simpler and less prone to failure, in a rifle or a shotgun, and it’s apt to keep working for longer, too. In 1973 I had the privilege of meeting Ned Lilly, whose shooting career began in 1929 and who was inducted into the Trapshooting Hall of Fame in ‘73, and he showed me the one shotgun he had used for his entire career. It was a Winchester Model 12, and he claimed to never have cleaned it. “How many shells have you put through it?” I asked. He paused and thought a moment. “A million or so,” was the answer.

The armed forces and the police, from the First World War until 1999, never issued anything but pump-action shotguns. For half a century the Winchester Model 12 Heavy Duck Gun was the premiere waterfowl shotgun. All others paled before it. When the ice and snow and sleet came calling, that was what you wanted in your frozen hands. I think you get my drift here.

But if you already shoot a 760 or a 7600, I’m telling you things you already know. People use them because they work. Granted the rifles are not aesthetic triumphs, and you couldn’t shoot one at Camp Perry and do much good, but so what? If you carry a Remington pump and you see a deer at 200 yards or less, he’s in deep trouble because when you pull the trigger, the rifle is going to go bang, and if you need a second shot, you can call one up very, very fast. All of that counts for a great deal, which is why these folks won’t use anything else.

Read Next: The 8 Best Lever Action Rifles Ever Made