The 10 Most Eye-Popping Lures at ICAST

From topwater spiders to whatever a bidjiwong is, this year’s ICAST lures turned heads

The annual ICAST convention in Orlando, Florida, assembles all the best and most innovative fishing companies in one spot, showcasing the sometimes nutty, but always cutting-edge, new tackle for both freshwater and saltwater anglers in the upcoming year. Here, in no particular order, are the 10 best new fishing lures that popped out to me at the 2019 show.

When I saw this thing fluttering up and down inside a 50-gallon vertical tank, I could have sworn I was witnessing a live squid in captivity. The Chasebait Ultimate Squid is wacky but incredibly realistic. It’s molded with a mesmerizing rolling wing pattern on each side of its head and fluttering tentacles that open and close between jerks. Matched with a custom 3-D squid eye, ultra-strong and durable TPE 10X material, and incredible lifelike colors, this squid can stand up to the rigors of tricking, hooking, and battling 300-pound tuna, grander blue marlin, or anything else in the bluewater you can find.

Churning up the industry, Spro introduces the new Spro Spin John, a sweet little stickbait destined to garner topwater and suspended strikes from bass, pike, and pickerel. At an 80mm length, the bait rolls when retrieved, spitting and kicking up water with the prop blades, then elicits superior wobbling action on a slow fall. The lure also comes in some interesting color patterns, such as Spook Nasty and Cell Mate. 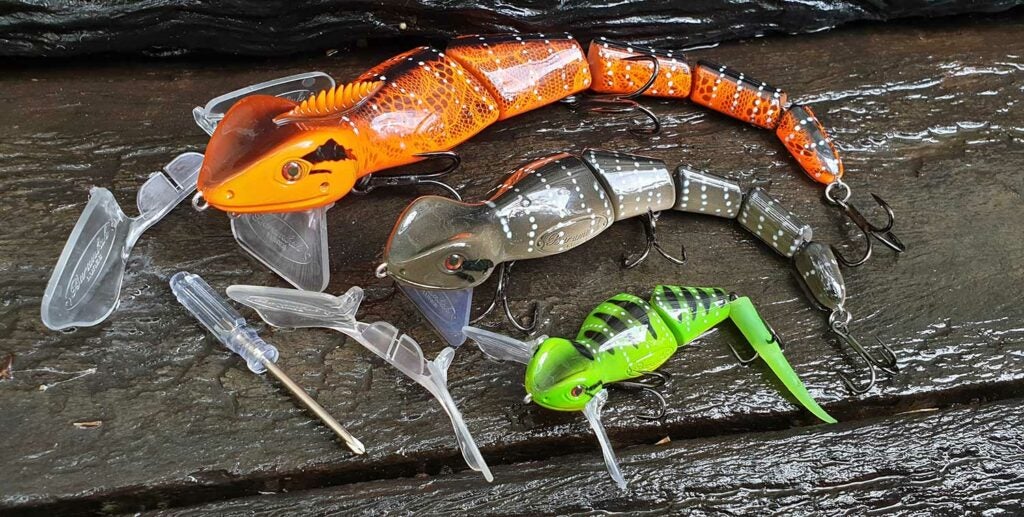 You have no idea what a bidjiwong is, and neither do I—or at least I didn’t until Barambah Lures of Australia enlightened me. Otherwise known as an Australian water dragon, these lizards look a lot like iguanas. And without a doubt, this lure has a new home in Florida due to the iguana invasion. At over 11 inches long with three treble hooks, undulating swim patterns, and shocking colors, this lure might just have the juice to incite an explosive topwater strike from a hungry grouper, snook, or redfish. 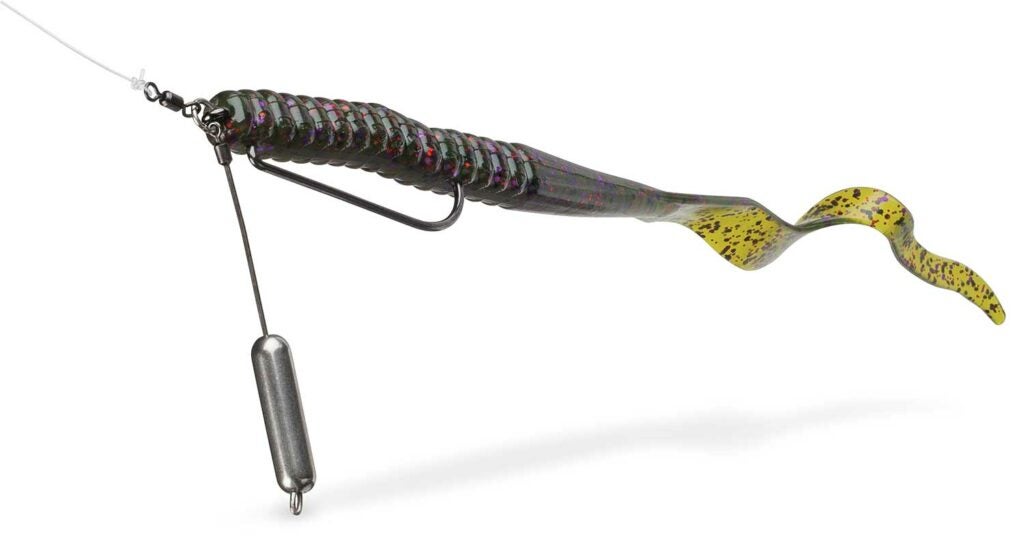 Known as “a drop shot rig on steroids,” VMC’s new Tokyo Rig will make a largemouth bass spin its head. It is constructed with two types of 3/0 to 5/0 hooks—the Heavy Duty Flippin’ Hook and Heavy Duty Worm Hook—along with a barrel swivel, welded O-ring, and a 2-½-inch wire dropper arm to attach the weight of your liking. The weight is kept in place by simply sliding it on and pinching the wire to lock it in. Unlike a traditional Texas rig, the Tokyo Rig creates more lure action due to the weight’s ability to steady the bait above the bottom, leaving the lure free to shake with unhindered action. The rig provides a creative new way to fish weed mats, submerged vegetation, and other heavy cover. 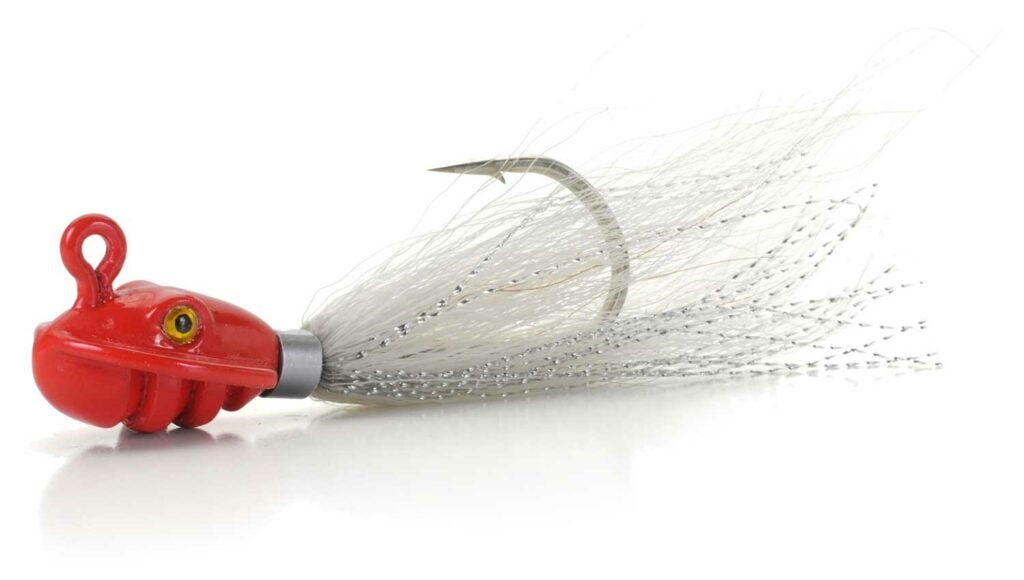 Patrick Sebile has done it again. The legendary lure designer partnered with Ocean Born Lures to develop a new Flying Bucktail, which falls under his tackle umbrella company, A Band of Anglers. Improving the design of the usual bucktail, Sebile has crafted a leadhead with side wings that allow the jig to dart erratically on the drop, rock back and forth, and literally swim side to side. The aerodynamically designed belly ribs along the bottom of the head allow for frictionless casting and create turbulence and bubbles when retrieved. Additionally, it stirs up sand when bounced along the bottom. Sebile’s proprietary hook design is said to be 38 percent stronger than traditional jig hooks, ensuring solid hooksets on larger species like tarpon and tuna. You won’t lose much hair off the bucktail either, thanks to a steel collar that locks it in place. Sizes range from ¾ ounce to 3½ ounces.

Winner of ICAST 2019 Best Freshwater Hard Lure, Live Target’s Erratic Shiner can be cast and worked with the same tactics and techniques that you would use with a traditional casting spoon. Unlike a traditional spoon though, the Erratic Shiner utilizes “injected core technology,” an uplifted profile of a shiner molded onto the spoon itself. This allows fish to focus on the profile of the lifelike shiner and not the outer edges of a wobbly spoon. The molded shiner is hard plastic, and the inner core is made of metal. The lure is available in sizes from ¼ to ¾ ounce and standard freshwater color patterns like silver/violet to gold/green. 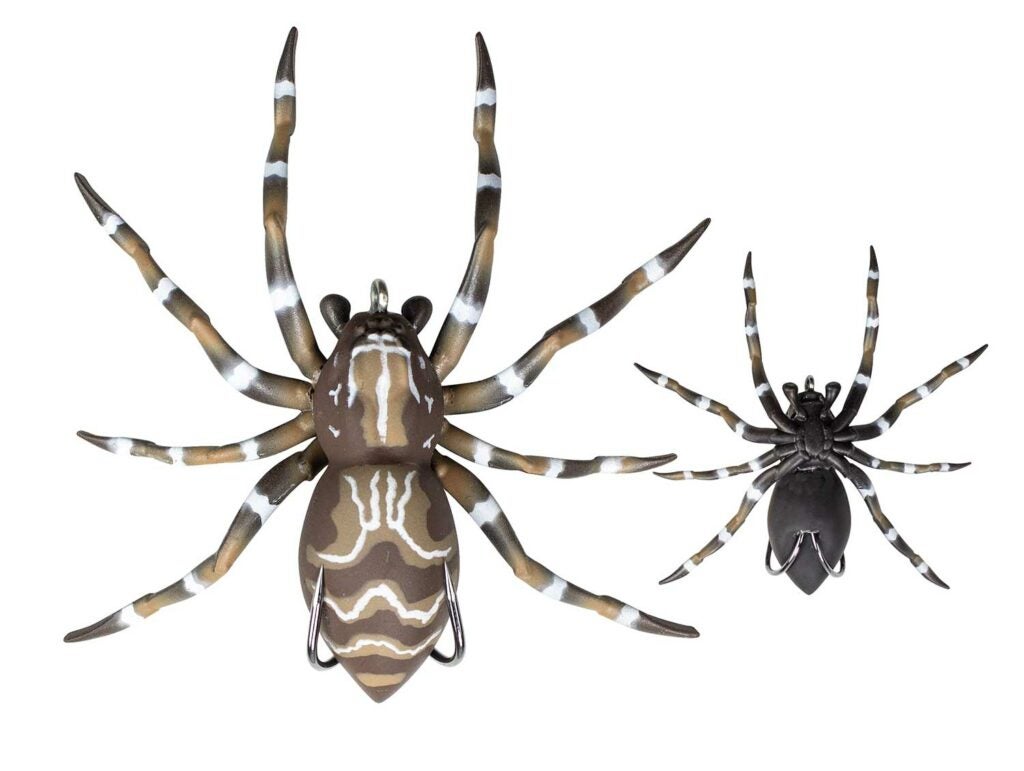 The Lunkerhunt Phantom Spider not only caught my eye, but is also rooted itself into my subconscious nightmares. Designed with a weedless hollow body, the Phantom Spider is meant to be fished on the surface, where its eerily lifelike moving legs and self-righting body create an insanely realistic spider appearance. Weighing ¼ ounce and measuring 2 inches long, all six of the Phantom Spider’s available color patterns exude enough realism to trick largemouth bass, pike, or any fish hungry enough to want to devour it. This lure won Best Freshwater Soft Bait Design for ICAST 2019.

Read Next: How to Pick the Best Spinnerbait Blade for Bass Fishing

Subsurface baits just got a little bit more appealing. Savage Gear’s Twitch Reaper combines ultra-convincing baitfish features such as prominent eyes, molded gills, and fins to push indecisive fish over the edge. Inside, the plug contains a large rattle that creates a high-pitched sonic attraction mimicking a school of nervous baitfish. On the business end, the 4X treble hooks seal the deal. A strong through-wire system connects the hooks through the plug, providing solid hookups on larger fish.

When I walked through the Mustad booth, this colorful offering hit me between the eyes. The Mustad Sink-It bucktail is definitely one of a kind. It’s equipped with a bead on the jig that’s specifically designed to mimic the look of a salmon egg and fool steelhead and trout in cold water environments. Built with Mustad UltraPoint technology and UVE fibers, the Addicted Sink-It series is available in neon-like colors, such as Anandro Fuschia, Hot Pink, and Orange. 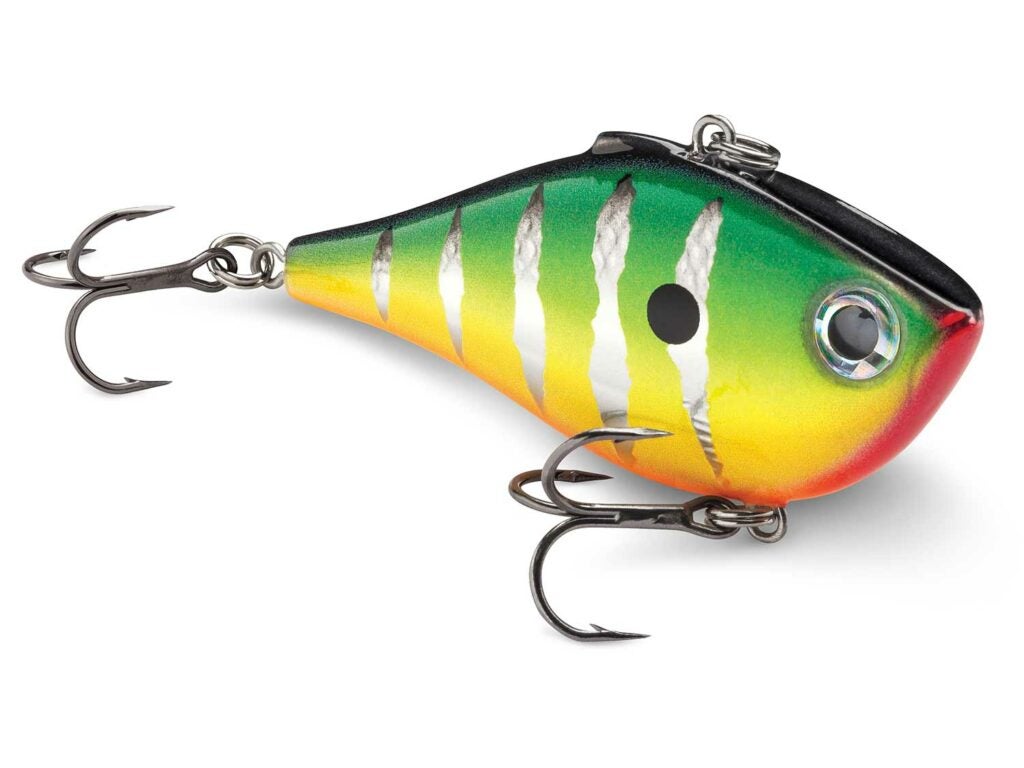